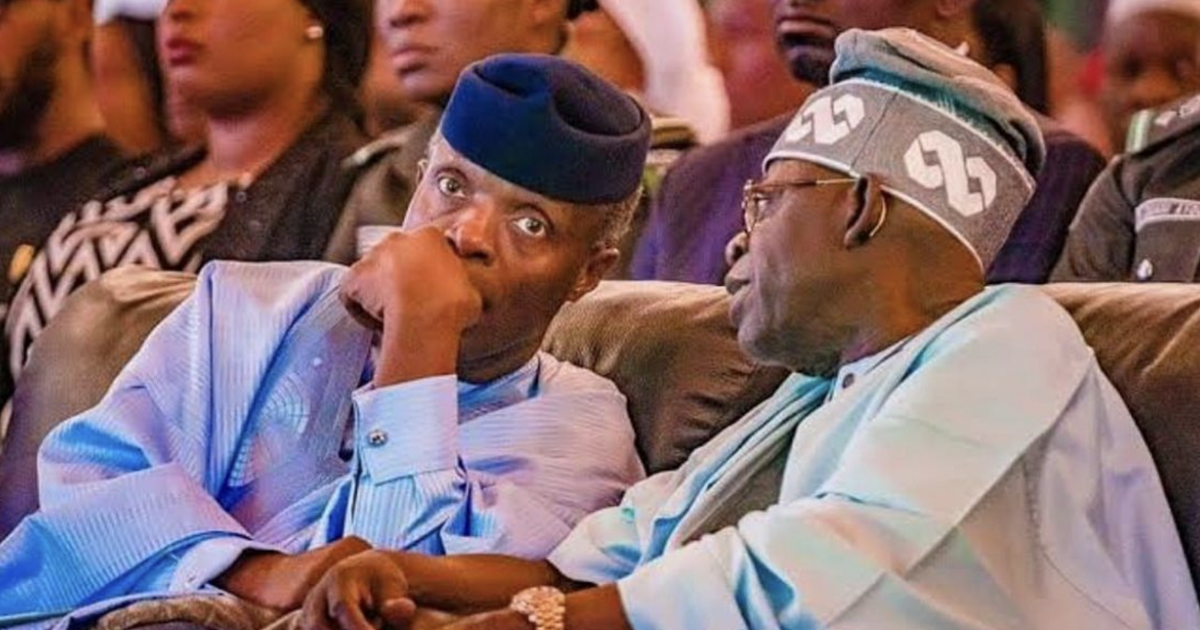 The News Agency of Nigeria (NAN) reports that Tinubu, the APC National Leader and former Governor of Lagos State, emerged the party’s presidential candidate at the recent primaries in Abuja.

NAN reports that Tinubu had emerged winner, having polled 1,271 votes to defeat all other presidential aspirants among whom were Vice President Yemi Osinbajo, Senate President Ahmed Lawan and Mr Rotimi Amaechi.

Olaoye said the group was pleased with the peaceful conduct of the primary election, urging Tinubu to strengthen good governance in the country.

“Asiwaju Bola Ahmed Tinubu on Tuesday in Abuja defeated our dogged Principal and Vice President, Prof. Yemi Osinbajo and 12 other candidates in the presidential primary election.

“This group in accordance with our vision of promoting good governance, is in support of every process of democracy, as demonstrated by the APC.

“We congratulate the APC National leader on his recent victory and urge him to uphold good governance in Nigeria, as he has always done,” he said.

Olaoye described Tinubu’s victory as well-deserved, considering his contributions to the development of democracy in the country since its advent.

He assured the people of the group’s commitment to a united Nigeria, urging all political aspirants to toe the path of Osinbajo.

Olaoye eulogised Osinbajo’s unalloyed affinity for the nation, which led him to being a frontline presidential aspirant.

He congratulated Osinbajo for his show of maturity and unwavering conviction, in spite of the pressure to step down.