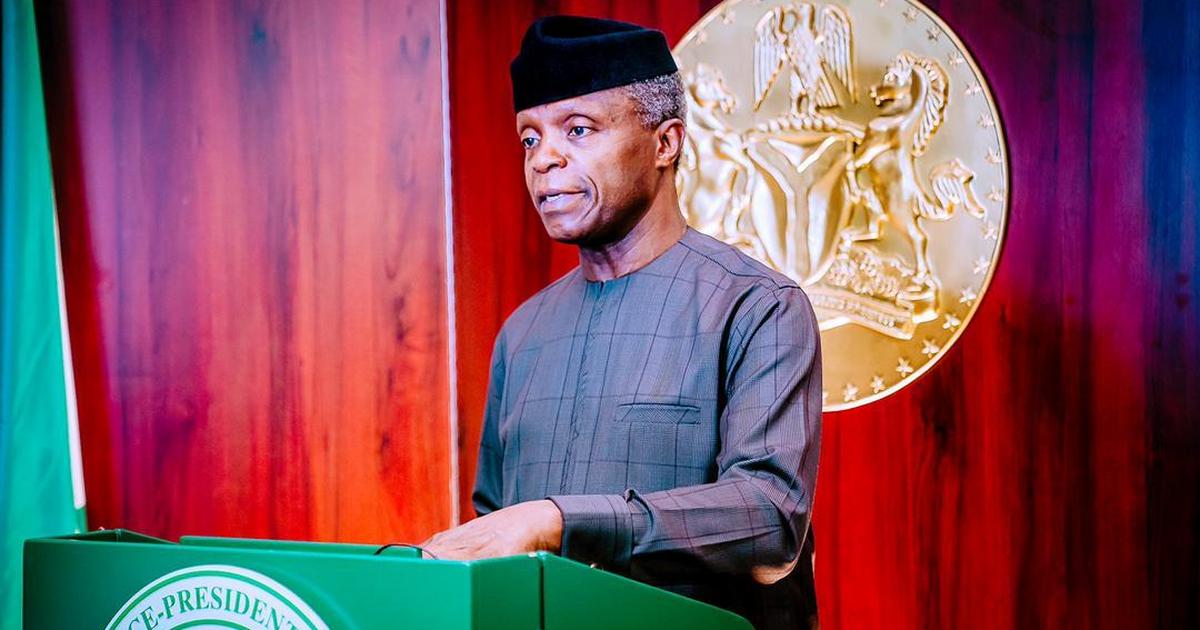 In a statement issued by Laolu Akande, Senior Special Assistant to the President on Media & Publicity in the Office of the Vice President, Osinbajo says: “There has again been a flurry of activities, such as the release of campaign style promotional videos, banners in the social media and even the deployment of political posters in some parts of the country, including the FCT and Kano, insinuating that the Vice President, Prof. Yemi Osinbajo, SAN, has joined the 2023 presidential race.

“The Office of the Vice President wishes to reiterate a statement on the same subject, made earlier in May this year.

“The Office of the Vice President is not in any way connected with the distribution and deployment of any 2023 political posters whether on the streets or in online videos, banners and the like on the social media.”

The vice president adds that he is at the moment focused on the task of helping President Buhari deliver on his campaign promises to Nigerians; and that throwing his name into the 2023 presidential ring is a distraction at this time.

“All these are simply needless distractions from the urgent tasks of governance needed in our country at this time.

“Prof. Osinbajo has not declared any interest whatsoever in the 2023 election, but he is rather focused on working in his capacity as vice president in the current administration to address all the compelling issues in the country and concerns of Nigerians, including finding effective and lasting solutions to the security challenges and working to further boost the economy.

“Therefore, we ask that people desist from such publications while we all deal together with the challenges confronting us as Nigerians, and resolve them for the benefit of our people, and the enthronement of peace and prosperity in the land,” he added.

Osinbajo, 64, has repeatedly been mentioned among a pool of likely candidates to succeed Buhari, whose constitutionally permissible two-terms of eight years in office, elapses in the spring of 2023.