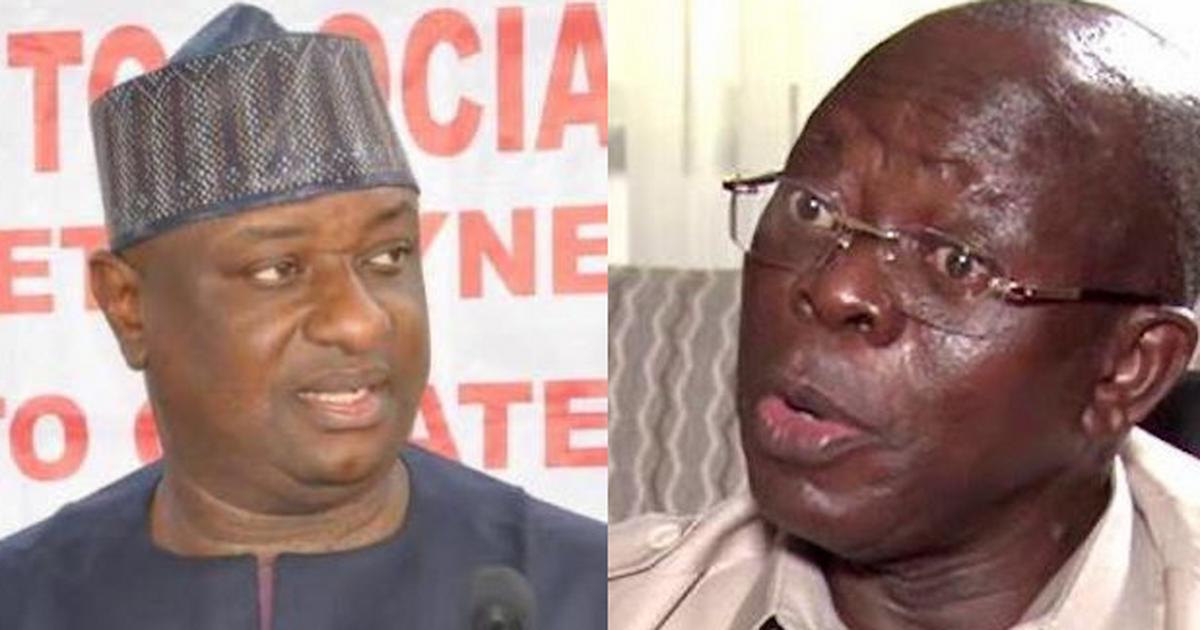 While debunking recent media reports that he intends to stage a comeback with Keyamo’s help, Oshiomhole issued a statement through his media aide Victor Oshioke to say the same Keyamo who helped kick him out as APC Chairman, can’t be the same person to help him back up the throne.

Oshiomhole said his attention was drawn to a statement credited to Chief Chukwuemeka Eze, a former National Publicity Secretary of the defunct New Peoples Democratic Party.

Eze was quoted as saying that Keyamo and others are plotting to re-install Oshiomhole as national chairman of the APC.

Oshiomhole’s statement reads as follows: “Festus Keyamo was in the forefront and indeed provided legal support through his personal legal assistants who went to court and argued on behalf of those that filed cases for the removal of Oshiomhole as national chairman of the APC.

“Keyamo also offered legal advice on the legality of the NEC that was convened for the dissolution of the Oshiomhole led National Working Committee of APC and emergence of the Governor Mai-Mala Buni led Caretaker Committee.

“It is therefore frivolous for any right thinking person to assume that Mr. Keyamo who actively supported the removal of the national chairman elected by over 6, 500 party delegates from across the 36 states and the FCT, because 8 out of 27 ward executive members purportedly suspended a national party chairman, would now plot to bring the same Oshiomhole back to office.

“It is strange that a serving minister would share on public social media platforms, what he captioned as a “Private and Confidential” legal opinion for Mr. President who appointed him, especially considering that he was in the political kitchen when the pot of crisis he is now offering advice on was being cooked.

“If Keyamo has no ulterior motives behind his sudden change of legal interpretations of relevant aspects of the APC constitution and the constitution of the Federal Republic of Nigeria, the right channel would have been to sit down with his co-minister, the Attorney General of the Federation, behind closed doors, and put forth his arguments.”

Keyamo has responded by saying he isn’t the cause of Oshiomhole’s political misfortunes and miscalculations.

“Mr. Keyamo holds Comrade Adams Oshiomhole in very high esteem. He regards him as his leader and mentor.

“That outburst was very unnecessary and we think he succumbed to the emotions of the political disappointments he has suffered lately, especially in Edo State.

“If he is looking for a fall guy, he should please look elsewhere,” Keyamo reacted through his media aide, Tunde Moshood.