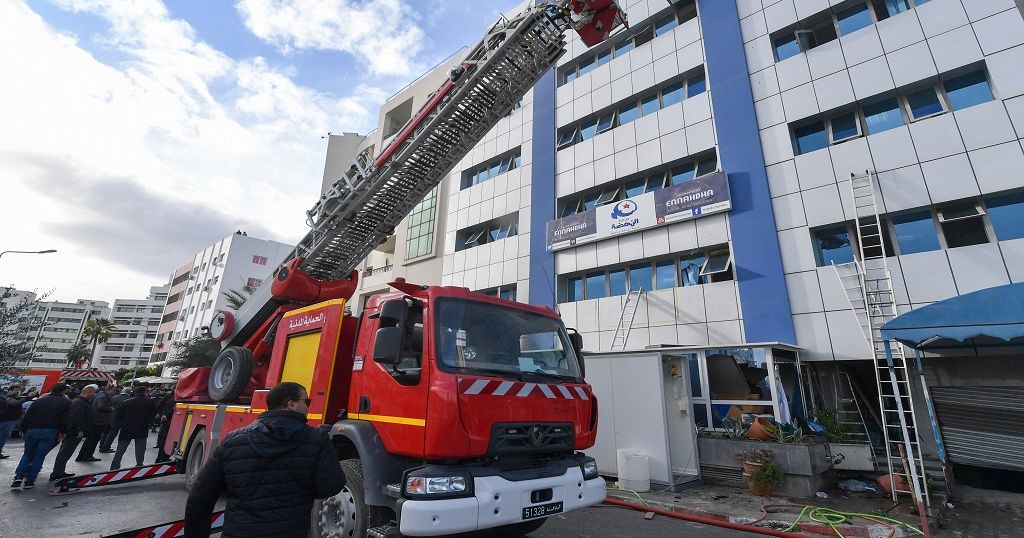 One person died and 18 others were injured including two leading figures from Tunisia’s Islamist-inspired Ennahdha party in a fire at its headquarters Thursday, authorities and party members said.

Ennahdha said on Facebook that one of its “activists”, a former receptionist born in 1970, had died in the blaze.

The interior ministry said his “charred” body had been found in the building.

Tunisian media cited judiciary sources as saying the person had “set himself ablaze on the ground floor” of the building.

The former prime minister and Ennahdha Vice President Ali Laaryadh was hospitalized after jumping from the second floor of the building to escape the flames, as was advisory board head Abdelkarim Harouni, party members said.

An AFP correspondent saw smoke pouring out of the windows of the building in central Tunis as people clambered out.

The party’s president Rached Ghannouchi, the speaker of Tunisia’s suspended parliament, was not in the building at the time, party official Mondher Lounisi said.

Ennahdha, a banned opposition movement under dictator Zine El Abidine Ben Ali, has been the largest force in Tunisia’s parliament since shortly after the country’s 2011 revolution.

It played a central role in national politics until President Kais Saied sacked the government, suspended the assembly and seized a string of powers on July 25.

The blaze came three days after the party warned it was facing an orchestrated “defamation” campaign aimed at shutting it out of national politics.