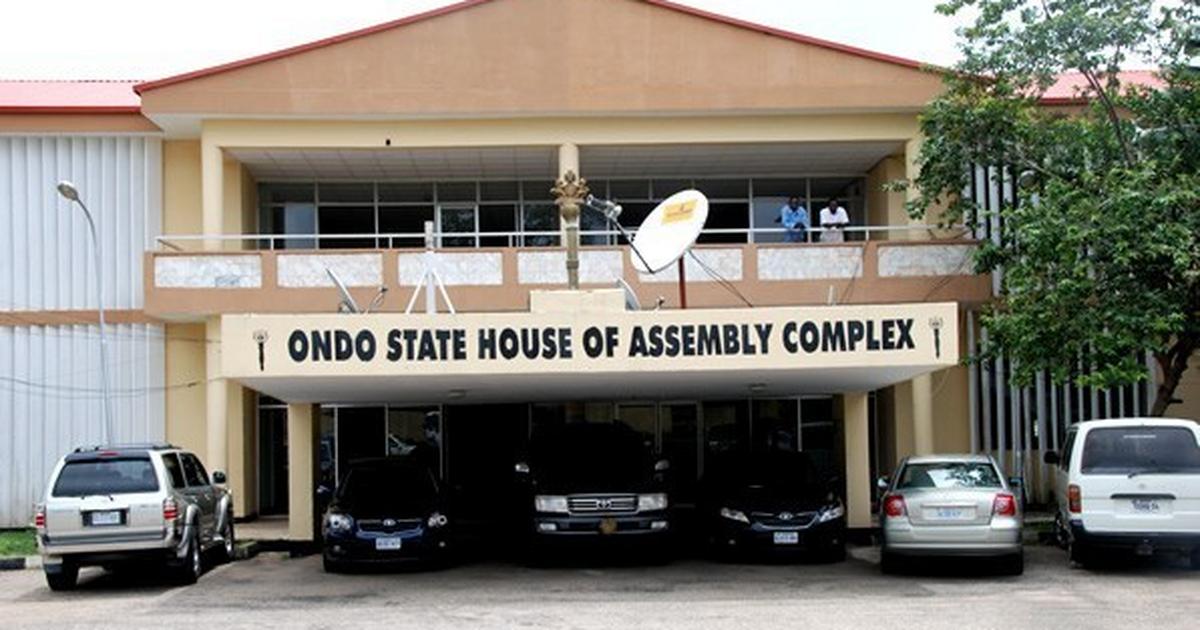 The letter of suspension was read by Mr Bode Adeyelu, the Clerk of the house, during plenary.

The Speaker, Mr Bamidele Oleyelogun, said that the suspended members violated the standing rules of the house, adding that this could bring it into disrepute.

Oleyelogun, who directed the suspended members to submit all documents of the house in their possession, also advised them to stay away from the assembly complex.

The suspension had been put into voice vote, with the sitting coming to an abrupt end after a rowdy session.

Speaking with newmen after the plenary, Mr Olugbenga Omole, the Chairman, House Committee on Information, said the Assembly resolved to suspend the three lawmakers at a parliamentary meeting after Tuesday’s sitting.

According to Omole, majority of the members of the house passed the resolution on the affected lawmakers

But reacting to the suspension, Ogundeji accused Gov. Oluwarotimi Akeredolu and Mr Ade Adetimehin, the state Chairman of All Progressives Congress (APC) of being behind the suspension.

He said they were suspended because of their refusal to support the impeachment process against the deputy governor, Agboola Ajayi.

Ogundeji claimed there was no allegation against them while the Speaker did not give them opportunity to defend themselves.

He called on President Muhammadu Buhari to intervene “so that the legislature would not become an appendage of the executive.”

In her reaction, Tomomewo said that due process ought to have been followed before the suspension.

Speaking on his resignation, Maito explained that his action underlined his position as regards the supremacy of APC in the state.

Maito said he was committed to playing politics with conscience, adding that he could not support the impeachment move of the house against the deputy speaker.

He added that he was giving honour to the ruling APC by his resignation.