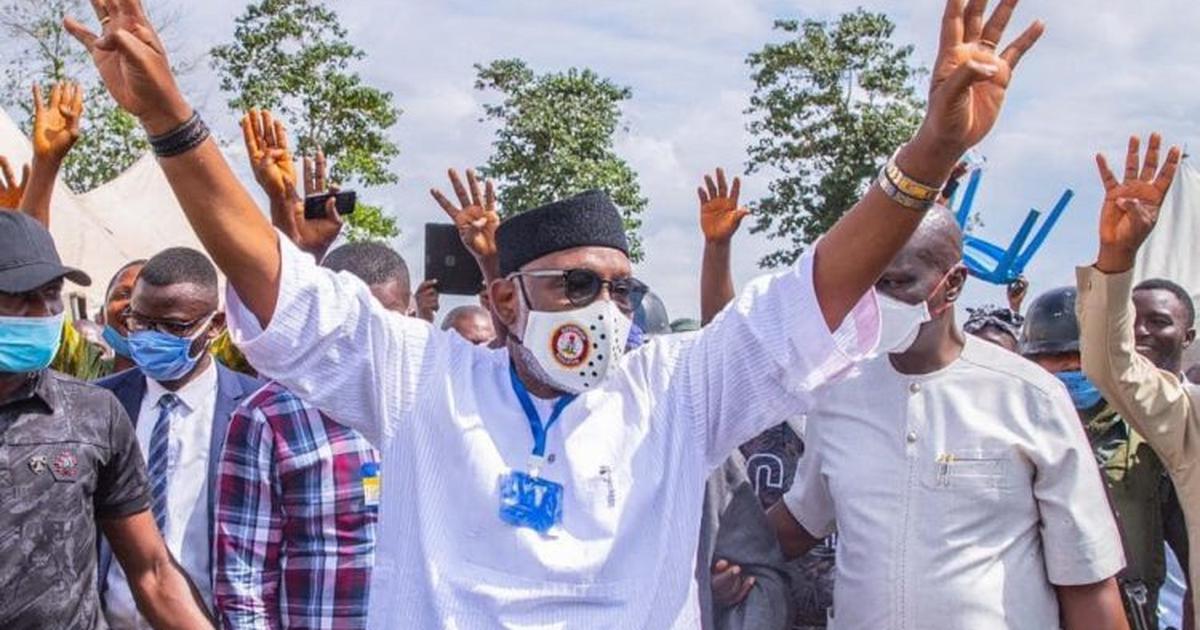 NAN also reports that three aspirants– Ife Oyedele, Abraham Olusegun and Jimi Odimayo– had stepped down hours before the commencement of the exercise in support of Akeredolu‘s aspiration.

The election was held at the Dome in Akure and was conducted through indirect mode.

Gov. Yahaya Bello, the Chairman of the Ondo State APC Primary Election Committee, who announced the election results, said Akeredolu met the requirements and was certified winner having scored the highest vote.

“This is to certify that Oluwarotimi Akeredolu having scored the highest number of votes cast is hereby declared winner,” he said.

He noted that 3,016 voters were accredited while 33 votes were declared invalid.

Bello, who maintained that 12 aspirants contested for the ticket, explained that Chief Olusola Oke polled 262 votes.

Commending the exercise, Akeredolu said that his victory was a show of love by party members.

He urged his co- contestants to partner with one another to strengthen the party.

The governor promised that he would start the process of reconciliation among aggrieved members of the party.

NAN reports that only Akeredolu, Sola Iji, Isaacs Kekemeke, Olusola Oke, Nathaniel Adojutelegan and Olayide Adelami were the only aspirants present at the venue of the primary.