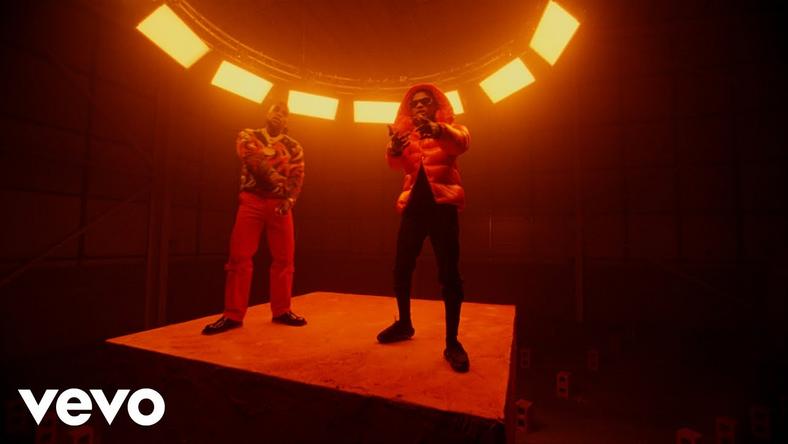 According to projections based on building data from Radiomonitor (radio & TV) and TurnTable Data & Analysis (streaming), ‘Ginger‘ could draw 2.4 million equivalent streams, 35 million in radio airplay audience and 3 million in TV airplay audience during the tracking week.

If ‘Ginger‘ moves to No. 1 next week, it would be the biggest jump for a number one song so far on the Top 50; the song is No. 8 on this week’s chart. This would also make Wizkid & Burna Boy the first artistes to top the chart with the same song in different stints – ‘Ginger’ spent one week at No. 1 on the chart dated November 9, 2020.

‘Ginger’ clinching the No. 1 spot would depend largely on how lofty the first-week debut of its official video is on YouTube NG. There are still two days of tracking left in the tracking week.

Other songs such as Rexxie & MohBad’s ‘KPK (Ko Por Ke),’ Dj Kaywise & Phyno’s ‘High Way,’ Naira Marley’s ‘Koleyewon‘ and Zlatan’s ‘Lagos Anthem‘ are projected to enter the top 10 next week in what could potentially be a major shakeup of the upper region of the chart.

The TurnTable Top 50 is scheduled to be revealed Monday, January 18, 2021 while other components charts such as TV, streaming and radio charts will be updated on Tuesday (January 19).