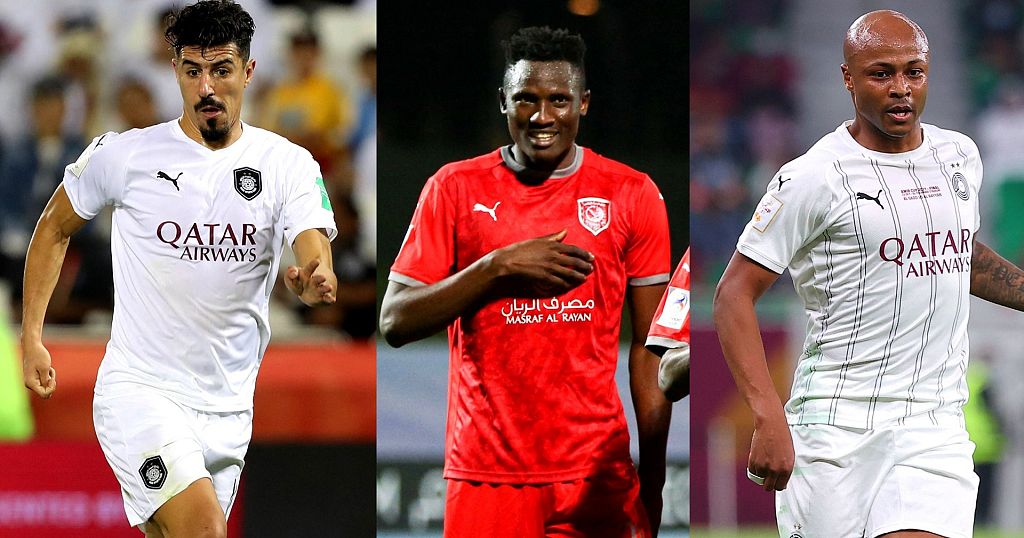 Their names are Michael Olunga, Baghdad Bounedjah, and Andre Ayew and they are all top scorers in the Qatari league.

The others are Mali’s Check Tidiane Diabaté who has 6 goals for Al Gharafa, and Yohan Boli, the Ivorian striker who features for Al Rayyan.

While the competition resumes only at the end of December, it is these players that opponents will be most worried about.

Kenyan international Michael Olunga arrived at Al Duhail last January on the back of a flattering reputation developed in east Asia.

Best player and top scorer in Japan, the Harambee Star has not struggled to make his mark in the Gulf. 20 goals in the first 6 months and already 12 in only 7 league games at mid-season.

An Africa Cup of Nations winner with Algeria, Baghdad Bounedjah has been reigning over the Qatari scoring charts for several seasons.

And there’s Ghana’s captain Andre Ayew who has already bagged 7 goals in nine games for Al Sadd, despite only completing his move to Qatar at the end of July.