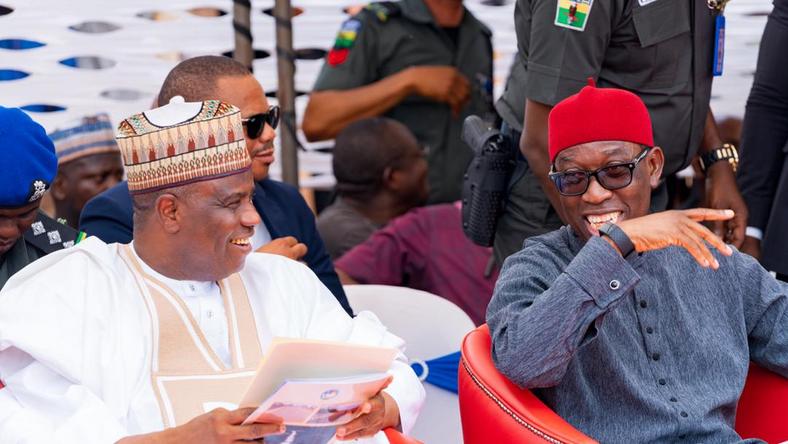 Okowa said that for the period he had been in public service, Tambuwal had made sterling contributions to the socio-economic and political development of Sokoto State and Nigeria, adding that such efforts were worthy of inspiration to the younger generation.

According to Okowa in a statement by his Chief Press Secretary, Mr Olisa Ifeajika, in Asaba, the former Speaker of the House of Representatives has brought his wealth of experience to bear in the development of Sokoto State, especially in the education and road transport sectors.

He stated that Tambuwal was a nationalist, whose selfless and impressive political disposition had placed him ahead of his contemporaries.

“The people of Sokoto State are no doubt, reaping the benefit of trusting you to lead the state for a second term as can be seen in the monumental achievements in infrastructural development of your state under your astute leadership.

“As Chairman of the PDP Governors’ Forum, you have provided leadership and direction to a virile opposition party ready to return Nigeria on the path of greatness in 2023.

“On behalf of my family, the government and people of Delta, I congratulate a gentleman of candour and unassailable integrity, a leading light of this generation, an astute politician of our time and a courageous democrat, Rt. Hon. Aminu Waziri Tambuwal, on his 55th birth anniversary.

“For your sagacity and doggedness, you have become a household name and an emerging nationalist in the contemporary politics of Nigeria.

“As you celebrate this anniversary, I join your family, associates and well-wishers to thank the Almighty God for your life which has been marked by outstanding and discernable accomplishments,” he said.