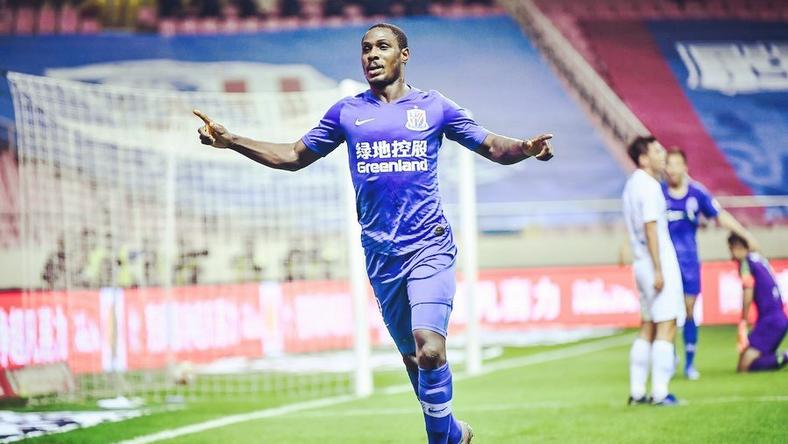 Veteran Nigerian striker Odion Ighalo has said his goodbye to Chinese club Shanghai Shenhua ahead of an imminent move to Saudi Arabian side Al-Shabab.

Ighalo is presently in Riyadh where he has undergone medicals and signed to joined Al-Shabab in the latest move of his career.

While waiting for the official announcement to confirm his new club, the 31-year-old said goodbye to his former club Shanghai Shenhua.

The former Nigeria international leaves China after four years. He first moved to the Asian country in January 2017 to join Changchun Yatai from Watford.

He played with Changchun Yatai for two seasons before he left to join another Chinese side Shanghai Shenhua.

With Shanghai Shenhua, he won the Chinese FA Cup in 2019.

In January 2020, he got a loan move to Manchester United where he spent the 12 months.