DAILY POST reports that Obasanjo is the Balogun of Owu Kingdom in Ogun Central Senatorial District. 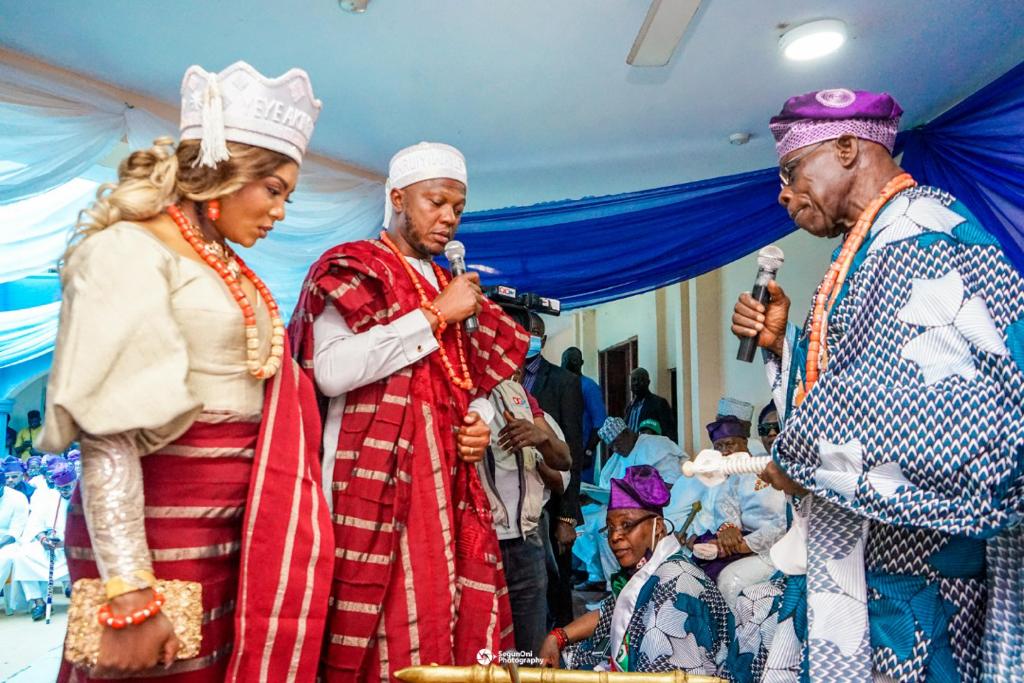 On Saturday, the Egba High Chief performed the installation rites for Chief Olumide Aderinokun and his wife, Stephanie, who were both installed as Akinruyiwa and Yeye Akinruyiwa of Owu Kingdom respectively. 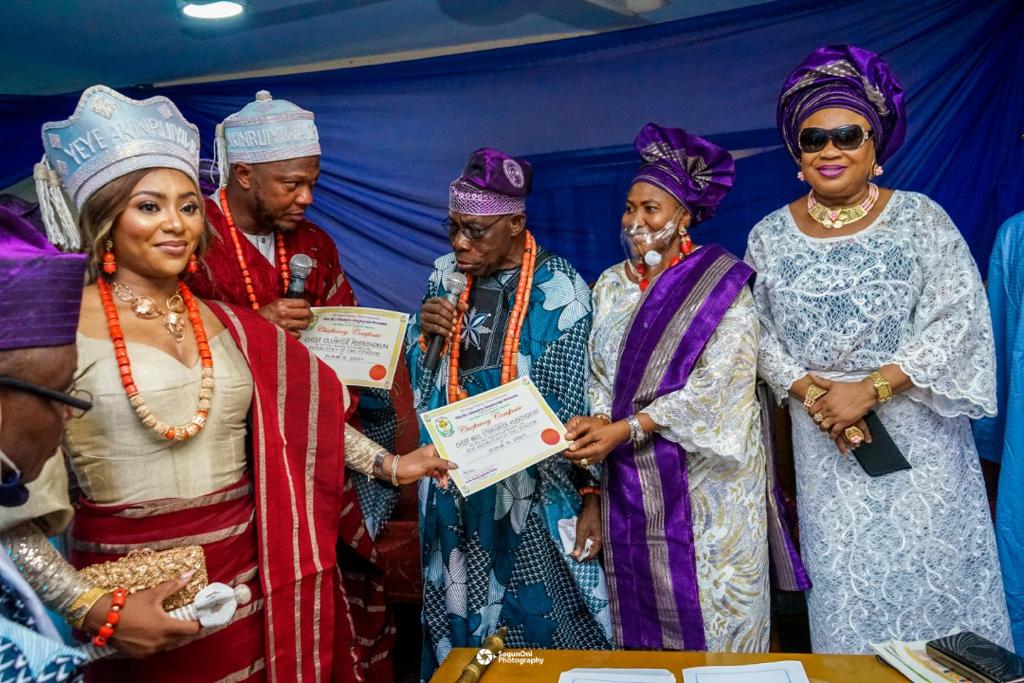 The former President did the installation on behalf of the Olowu of Owu Kingdom, Oba Adeboyega Dosunmu, who was conspicuously absent at the event.

Obasanjo, while presenting staff of office to the new titleholders, admonished them to be good ambassadors of Owu and Ogun State in general. 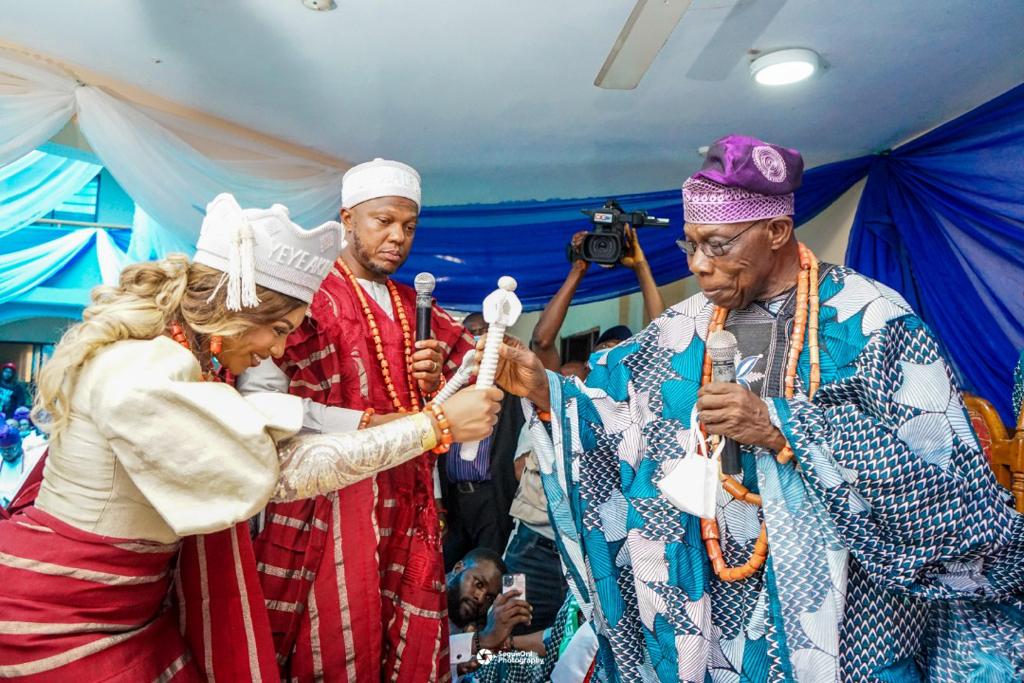 The event, which was held at the Palace of the Olowu Kingdom, had in attendance, former Speaker of the Ogun State House of Assembly, Hon. Titilayo Oseni-Gomez; a former member of the House of Representatives, Hon. Oladipupo Adebutu; PDP National Ex-Officio, Barr. Taiwo Shote, royal fathers and others. 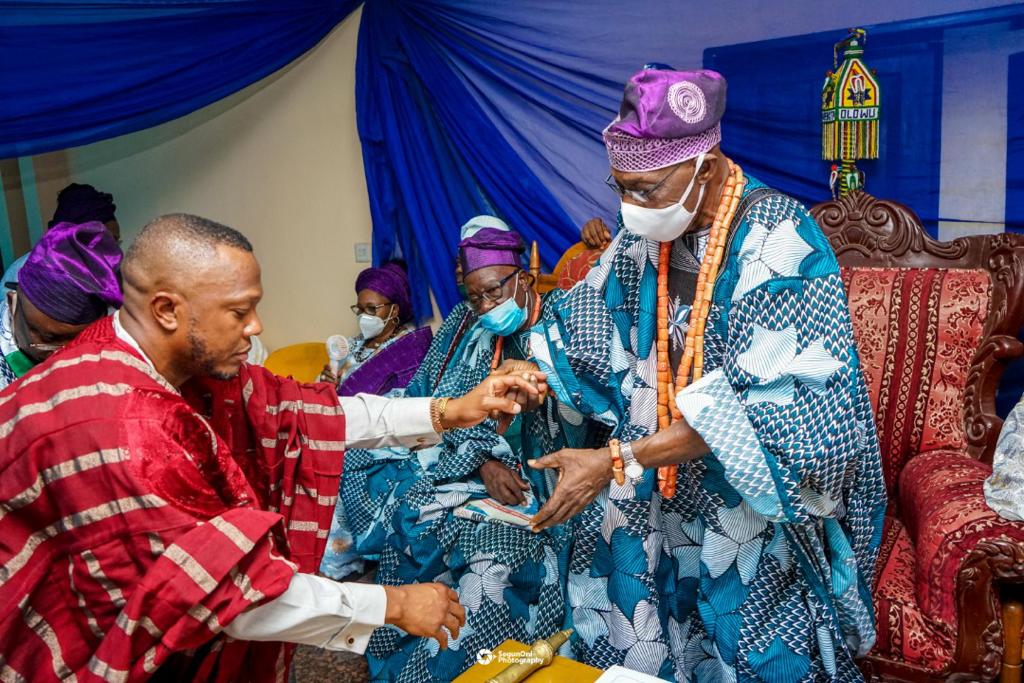