In a post shared via his Instagram page on Saturday, September 4, 2021, the OAP accused Uzor of cheating and revealed that he isn’t the father of their first child.

“Our marriage was one plaqued with a lot of issues. One of which was continuous infidelity from her side that led to me conducting a paternity test on our kids which led to the revelation that our first son is not my biological son even though he was born within the period during which we were married,” he wrote.

“On the allegation of domestic violence, we have had this matter investigated twice, one the police station in Ajah and another by a competent court of law during the dissolution of our marriage.”

“Both times I was cleared of all allegations and I have the necessary proof to back up my claim. If anyone should be laying claims to domestic violence it should be me.”

He went on to appeal to his ex-wife to desist from washing their ‘dirty linens’ outside.

“I am appealing to my ex wife to remember our kids and to not continue on this path she has chosen as the Internet never forgets and they will one day grow up to deal with this mess she is hell bent on creating,” he added. 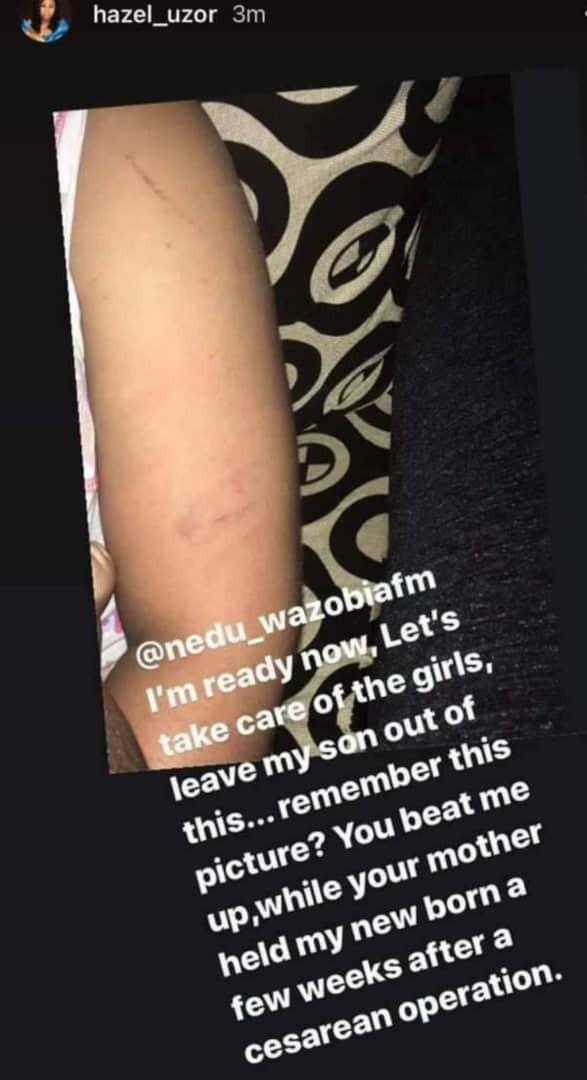 “I have no issues wit her and would like to continue to mind the business that pays me. If she has any issues to join me with me, she is free to file her complaints and approach any court of competent jurisdiction to pursue justice. Thanks.”