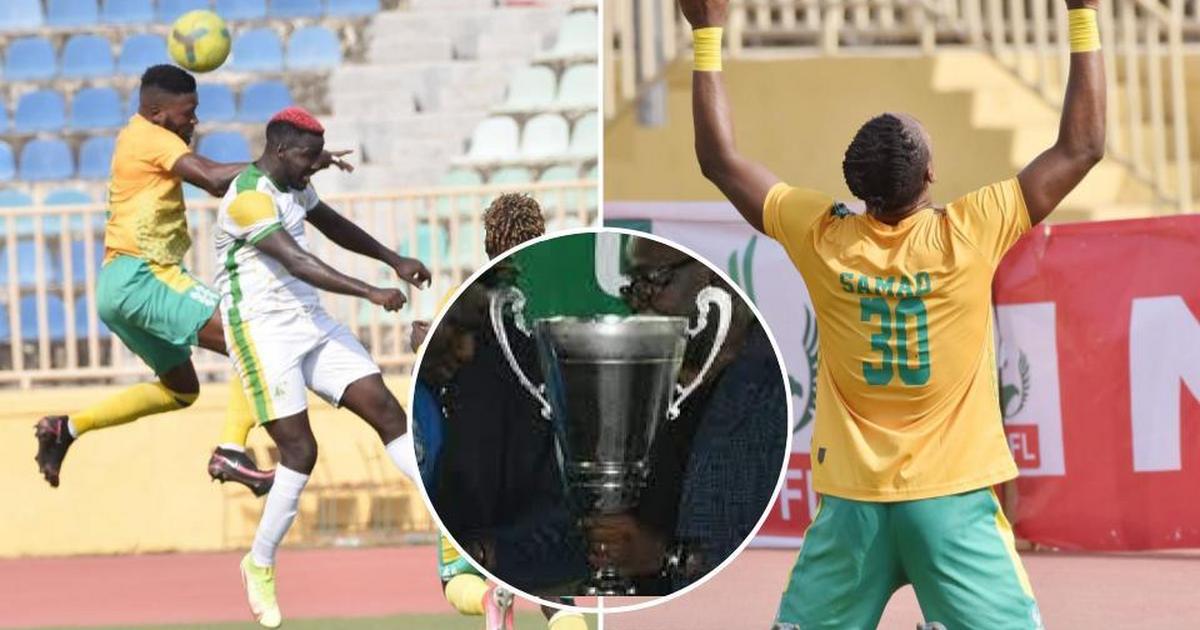 Here’s how it went down during the match day.

The Changi boys returned to winning ways and a first win under new boss Usman Abdallah by beating struggling Shooting Stars 3-1 in Katsina.

Dauda Madaki stole the show with a well taken goal and a penalty to complete his brace in the second half after Sochima Elum had equalized for the visitors. Substitute Aliyu Musa scored late on to round off the scoring for the home side.

Finidi George’s men defeated Kano Pillars 4 nil in Aba on Thursday. It was one way traffic for the hosts who were in dire need of a win to move up the ladder.

Victor Mbaoma opened the scoring just before the break, and went on to score his brace and tenth league goal of the season early in the second half.

The result left Pillars in the bottom zone and are without a goal in the second half so far.

In Ilorin, Abia Warriors dug deep to nick a point off Kwara United. Samuel Tiza gave the Harmony boys the lead before Valentine Odoh equalised for the visitors in the second half.

Salomon Chigoziem and Aliyu Abdullahi scored in either half to help Wikki beat MFM 2-0 in Lagos. Meanwhile, it was a return to winning ways for Lobi Stars as they defeated Gombe United 2-1 in Makurdi. Endurance Ebedebiri and Chinonso Okonkwo scored for the home side, while Almeen Almeen scored for the Savannah Scorpions.

Remo Stars were comfortable against Dakkada as they won 4-1. Sikiru Alimi, Andy Okpe, Tolulope Ojo and Akanni Qudus all got in the act, while Etido Dan scored on his full debut for the Chosens.

It wasn’t a good week for the top two as they lost on their travels. Sunshine Stars edged Rivers United 1-0 courtesy Leonard Ugochukwu’s early strike, while Heartland boosted their survival chances with a win over Plateau United in Owerri. Chukwudi Nwaodu scored the goal for the Naze Millionaires.