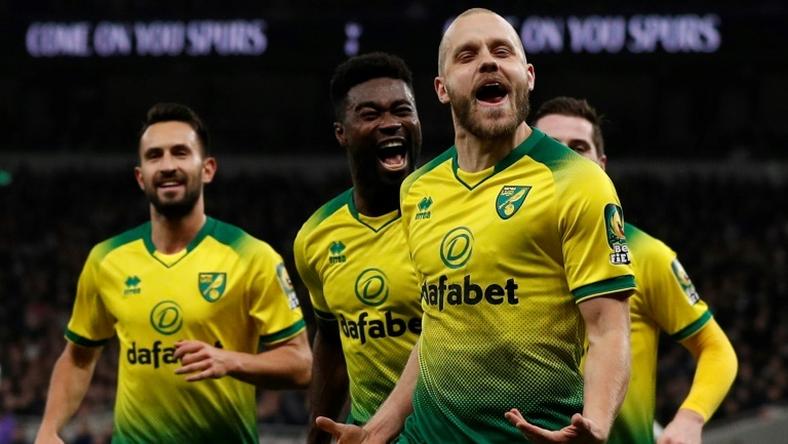 Swansea are now just a point behind the Bees with two games in hand as Connor Roberts’ late winner earned a 1-0 victory over Nottingham Forest.

Norwich have bounced back from their dip in form in recent days as Teemu Pukki and Emi Buendia combined for a goal and assist each in the first-half at St. Andrew’s.

“I’m really proud because it was a difficult away game for us,” said Norwich boss Daniel Farke.

“This league is relentless, especially when you face a side who has a decent home record and they desperately want to fight for points against relegation.”

Brentford had gone 21 league games unbeaten until defeat at Barnsley on Sunday and they stumbled again in the West London derby.

Ivan Toney had put the visitors ahead on the half-hour mark with his 24th league goal of the season.

QPR, though, turned the match around with two goals in space of four second-half minutes.

Substitute Sam Field, on loan from West Brom, marked his debut with an equaliser in the 72nd minute.

Before the visitors could regroup, Charlie Austin fired QPR in front with a deflected effort.

Swansea took full advantage despite being largely outplayed by Forest at home.

Roberts scored the only goal with a towering header three minutes from time.

“In the end, we managed to create a good moment to go and win the game,” said Swansea manager Steve Cooper.

“We might look back on this result at the end of the season.”

Managerless Bournemouth kept themselves in the promotion shake-up with a 1-0 win over Rotherham to open up a six-point lead over the chasing pack for the final playoff place.

According to speculation on Wednesday, former France and Arsenal great Thierry Henry is being lined up as the Cherries next permanent boss.

Caretaker manager Jonathan Woodgate is unbeaten in his four games in charge and got his third win as Philip Billing swept the hosts ahead when he finished off a swift counter attack in the 23rd minute.

Birmingham remain second bottom after a third straight defeat after they lost 2-0 at Millwall.

Blackburn have also lost three in a row to realistically end their playoff hopes after a 2-1 defeat to Barnsley.