The movie star was gifted with the huge amount of money by a popular pastor, Jeremiah Omoto Fufeyin.

While narrating his ordeal, the movie veteran said his health challenges started after he had a car accident some time ago. 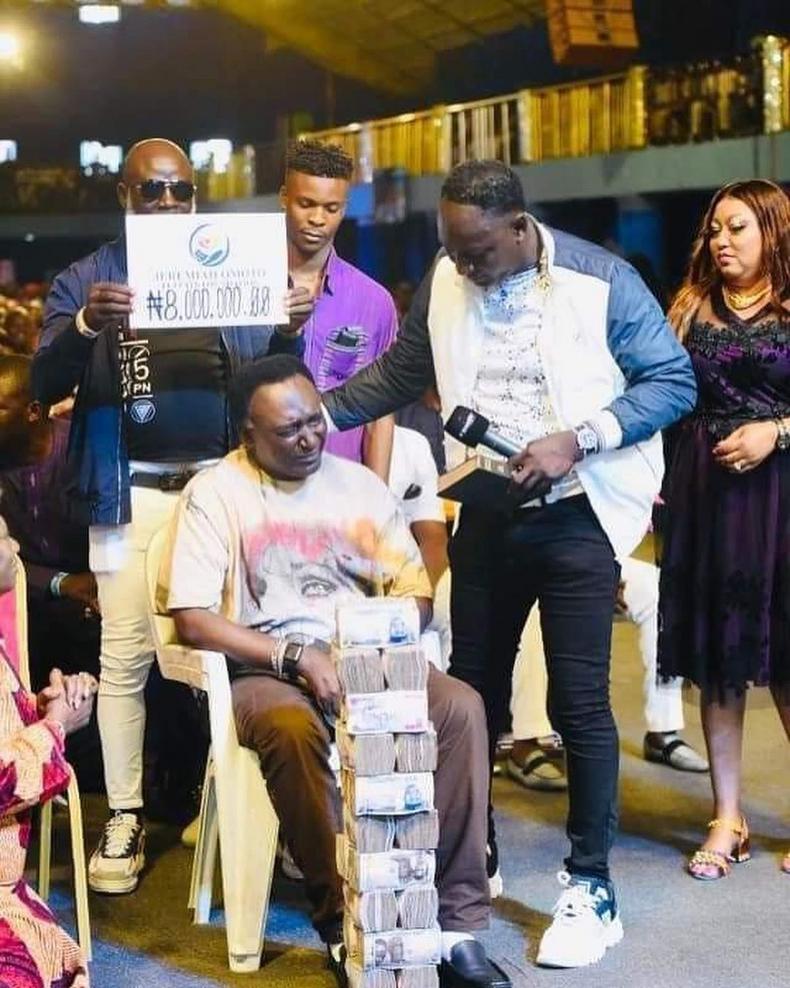 He disclosed that after the accident, he had visited the hospital where an x-ray was conducted on him to ascertain the extent of injury sustained.

According to him, the result of the x-ray showed that his “cervical vertebrae 3 had collapsed on the 4th, thereby causing pressure on my spinal cord and the retardment of the lower limb”.

The ‘Last Burial’ star said he was treated for a while and he got better. He, however, said he noticed that he started having difficulty walking later.

Ohameze is a Nigerian actor with a career spanning over two decades.