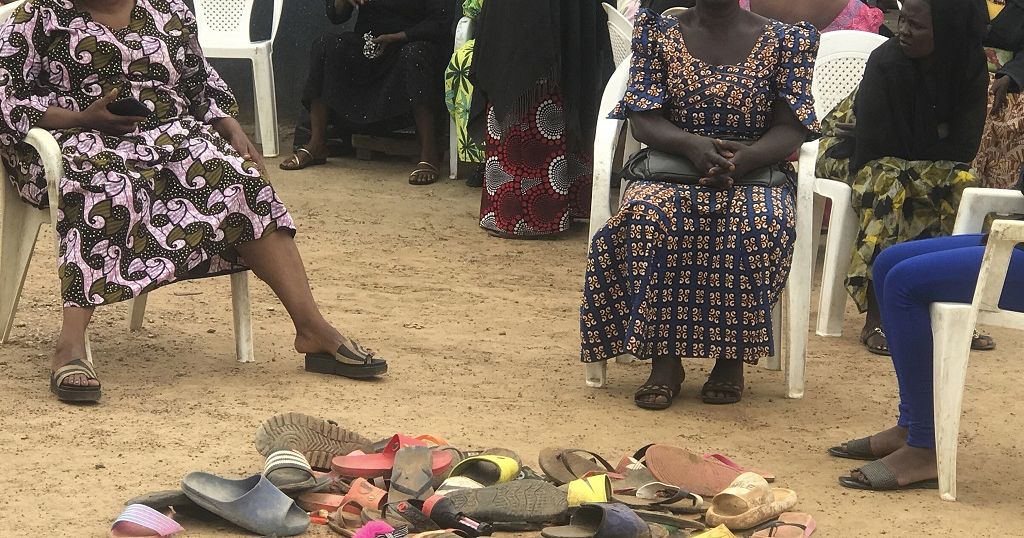 Residents of the Nigerian city of Damishi took to the streets on Thursday to protest lack of security and regular abductions in the northern Kaduna state.

The small group of protesters blocked a street and chanted slogans demanding peace.

One of the protesters said that at least 16 people had been kidnapped the previous day.

Their disappearance came just two days after a group of gunmen stormed the Bethel Baptist High School and abducted 121 students in Nigeria’s northwest.

As the protesters staged their rally, parents of some of the kidnapped students gathered at the Bethel Baptist High School.

They’ve been coming there since Monday, the day their children were abducted, to pray and demand justice.

Reverend Joseph Jeremiah is a 54-year old father of a missing 14-year-old Clara.

“Honestly, honestly, when we are talking of pain, we know what it is, what caused it, when you miss one of your family. The way I feel, so many parents are feeling”, he said.

A group of gunmen stormed the school in the middle of the night, shooting sporadically as they kidnapped 121 students. Two security guards were killed while battling the kidnappers, officials said.

Principal of the Prelude Comprehensive College in Kaduna city says the security crisis has had a massive impact on pupils’ attendance in his school.

He told the Associated Press that many parents are withholding their children from school out of fear something might happen to them.

“Our (student) population dropped and because of that we had no choice then to lay off some teachers, because the school cannot sustain the gap (between) teachers-student population”, Emmanuel Nandang said.

Parents continue to pray to God for the safe return of their children, as school officials urged the parents to call on the government to act ‘’to bring back our children’’.