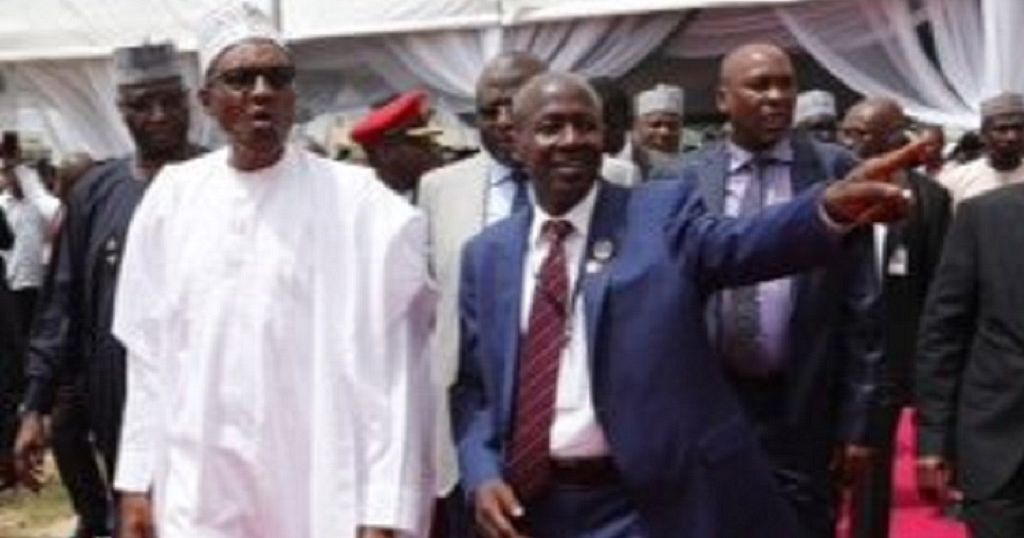 Nigerian President Muhammadu Buhari has suspended the acting chairman of the Economic and Financial Crimes Commission (EFCC), Ibrahim Magu on charges of embezzlement.

Magu was on Monday invited to appear before a Presidential Panel that reviews the agency’s activities.

His summons is believed to have been the result of a recent petition from Nigeria’s Minister of Justice and Attorney-General, Abubakar Malami.

The acting chairman of the Economic and Financial Crimes Commission was questioned for hours by an inter-agency committee led by a former Court of Appeal judge, Ayo Salami.

He was subsequently detained for further questioning.

Ibrahim Magu has been the EFCC’s acting chairman since 2015, with his appointment twice rejected by Nigeria’s Senate due to a damaging report about his suitability for the role.

But many observers say Magu’s suspension is politically motivated adding that many Nigerian elites want him sacked.