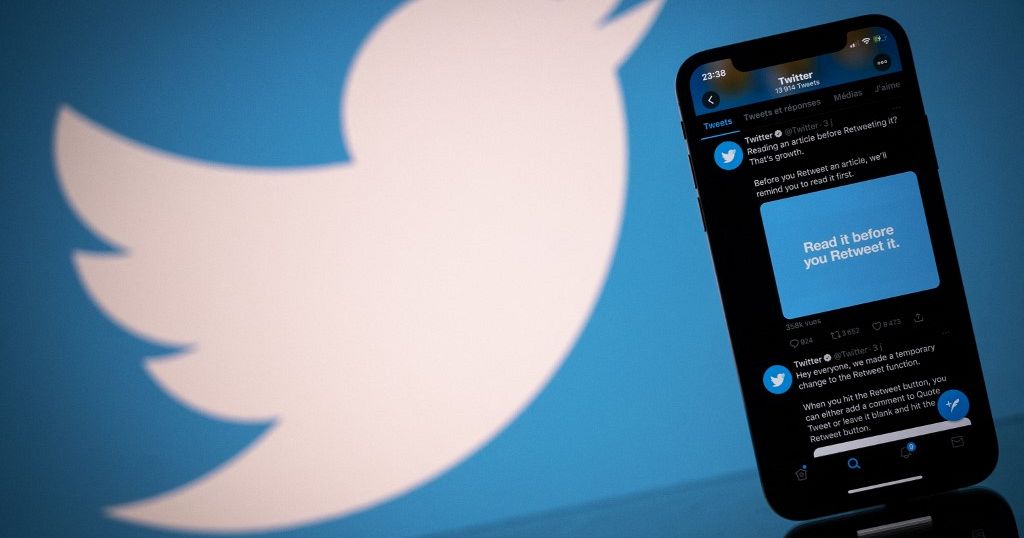 “The federal government has suspended, indefinitely, the activities of the microblogging and social networking service Twitter in Nigeria,”

The official statement issued Friday by the Nigerian Ministry of Information and Culture — two days after the social media platform deleted a tweet on Wednesday by President Muhammadu Buhari.

Many have perceived the tweet as a veiled threat of violence towards a separatist movement in South-eastern Nigeria the indigenous people of Biafra.

“Many of those misbehaving today are too young to be aware of the destruction and loss of lives that occurred during the Nigerian Civil War.

“Those of us in the fields for 30 months, who went through the war, will treat them in the language they understand.”

The tweet was in direct reference to the country’s 1967 Biafra civil war that saw the massacre and starvation of around 3 million Igbos by the Nigerian government — who refused to let the South-eastern region secede to an independent sovereign state of Biafra.

“The Nigerian government’s announcement on the suspension of Twitter’s activities in Nigeria is very worrying,” the social network reacted in the early evening. “We are investigating and will keep you informed when we know more,” the company added.

Buhari’s information minister, Lai Mohammed, insisted in a message to the press that the president had the right to comment on the situation in the country.

In particular, he accused the social network of tolerating messages from the leader of a separatist group active in south-eastern Nigeria, which he said encouraged violence.

The minister also referred to Twitter CEO Jack Dorsey’s call last year for people to donate bitcoins to support protests against police violence in the country.

“Twitter’s mission in Nigeria after these two examples is highly suspect. What are its intentions?” he told reporters.

Various human rights advocacy groups and people in the international community — on the other hand, condemn the Twitter suspension as unlawful and suppressive censorship of free speech incompatible.

The Nigerian government’s announcement caused a huge stir on Twitter, where a wave of indignant messages broke out from many Nigerians both within and out of the country.

“This repressive action is a clear attempt to censor dissent and stifle civic space,” said Anietie Ewang, a researcher in Nigeria for Human Rights Watch (HRW).

“This is the ultimate in muzzling free speech that can only happen in dictatorships,” wrote Nigerian analyst Bulama Bukarti. “It will go down in history as one of Buhari’s biggest mistakes and public relations disasters,” he added.

The NGO Amnesty International called on the authorities “to immediately rescind the unlawful suspension and other plans to gag the media, suppress civic space and undermine the human rights of Nigerians”.

“This action is clearly inconsistent and incompatible with Nigeria’s international obligations, especially under the African Charter on Human Rights.

In November 2019, the government introduced stricter measures to regulate the media and combat disinformation on social networks, which were seen by civil society as a restriction on freedom of expression.

The social network Twitter is blocked or has been suspended at times in several countries such as China, North Korea, Iran and Turkey.

The social network was still operating in Nigeria late Friday afternoon, AFP journalists in the country observed. And the ministry also posted its statement on its Twitter account.

Asked by AFP whether Twitter was still accessible, the ministry’s special adviser, Segun Adeyemi, said he was unable to comment on technical aspects.

“Activities will be suspended for an indefinite period,” he confirmed.

Many Nigerians are already considering the use of virtual private networks (VPNs) to circumvent the Twitter ban in the country.

“Familiarise yourself with the use of VPNs. There are many free ones. If phone operators ban access to Twitter, you will need VPNs to access it,” tweeted Nigerian influencer Japheth Omojuwa to his one million followers.

‘APC will welcome Jonathan if he decides to join them’