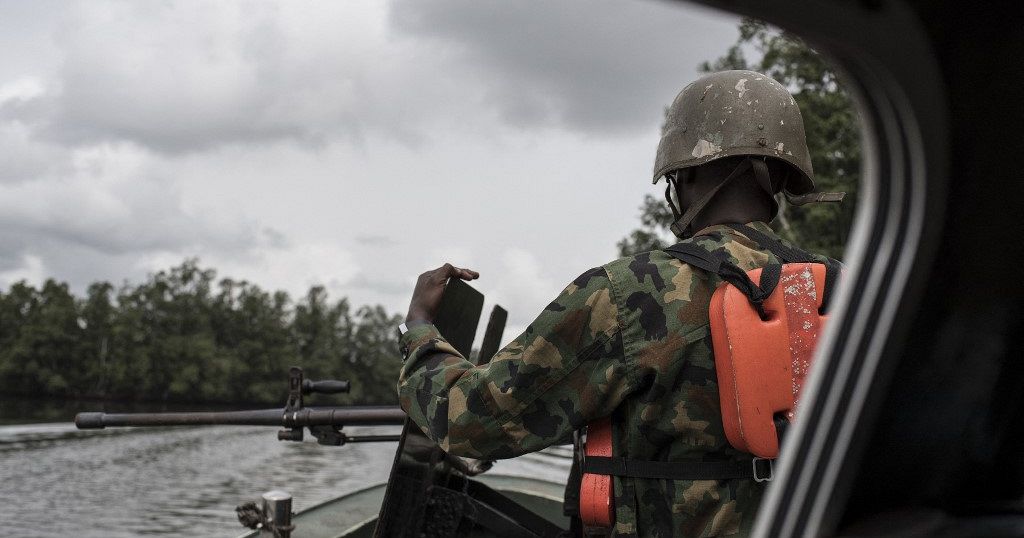 After more than 20 years of waiting, Nwale Nchimaonwi’s hopes were soon dashed when Nigeria finally passed the law that was supposed to regulate the oil sector and better distribute the wealth derived from oil in Africa’s largest producer.

The farmer and activist’s discontent is rooted in the environmental pollution, poverty and sense of neglect that plague his region, the Niger Delta, whose hydrocarbon-rich subsoil provides the country with most of its dollar revenues.

Many residents have lost their agricultural and fishing livelihoods due to successive oil spills.

Enacted in mid-August, the law has not lived up to its promise to redress the injustices suffered by local communities, according to them: it requires oil companies to pay them 3% of operating costs. This is far less than the 10% claimed as “fair compensation”.

“How can 3% clean up the leaks, provide drinking water, roads, hospitals and jobs in the oil communities?” said Nwale Nchimaonwi, one of the leaders of the Movement for the Survival of the Ogoni People (Mosop), in front of his house in Ejamah-Ebubu.

The Niger Delta has been the scene of serious unrest for years, with armed groups piercing pipelines to plunder crude oil, causing ecological disasters, and increasing kidnappings for ransom.

Production in Nigeria, a member of the Opec cartel, had fallen considerably until an amnesty in 2009 restored some semblance of calm.

But tensions resurfaced in 2016 with new attacks on oil facilities, as local communities, sued foreign oil companies for compensation.

The Ogoni community of Ebubu recently won $111 million (97.3 million euros) in compensation from Shell for a 1970 spill that polluted more than 225 hectares of farmland and fish-bearing waters.

The company, which denies any responsibility, claims that the spills occurred during the 1967-1970 Nigerian civil war.

For Ogoni community leader Emere Emmanuel Olako Oluji, the money could provide for the needs of the community and “put smiles on people’s faces,” even if the damage remains extensive.

In Ejamah alone, one of the four villages in Ebubu, 57 oil wells were once operated by Shell, before the Anglo-Dutch giant was forced to withdraw in 1993 due to security unrest.

Although oil production has ceased, the pipelines operated by Shell to transport crude to the region still run through the land, mangroves and waterways of Ogoniland.

According to industry data, between 1976 and 1991, more than two million barrels of oil polluted Ogoniland in 2,976 separate spills.

“Look at this spill,” laments Mosop’s Nwale Nchimaonwi, pointing to a wide swath of dry, blackened land left to rot.

“Saro-Wiwa died fighting for justice for his people,” he adds, referring to writer, environmental activist and Mosop founder Ken Saro-Wiwa, who was hanged with eight other Ogoni activists in 1995.

Mr. Nchimaonwi warns against the risk of social explosion, especially among the youth, increasingly frustrated by the lack of opportunities: “Nigeria is sitting on a powder keg”.

President Muhammadu Buhari’s administration hopes the new oil law will attract more foreign investors to a sector troubled by corruption, inefficiency, high costs and insecurity. And he says it should also benefit communities in the Niger Delta.

“I want people to see this as an important step,” Godswill Akpabio, minister in charge of the Niger Delta, told reporters. “People are discussing percentages, I am not interested in that. We will manage this 3%, the main thing is to use it well.

Tamaranebi Benjamin, president of the Host Communities Organization, another association, welcomes the adoption of the new law, but pleads for the removal of a provision that holds communities responsible for sabotage on their territory.

“Only by eliminating these odious provisions will we be able to guarantee a lasting peace,” he says.

For many, however, the 3% compensation is seen as an insult.

“We cannot grow crops or fish. Our people are suffering and all the government and the oil companies have been able to do is give us a meager 3%,” cassava farmer Gideo Loole told AFP, brandishing a knife.

“We will mobilize the youth to fight the government and take back the resources that were given to us by God.”