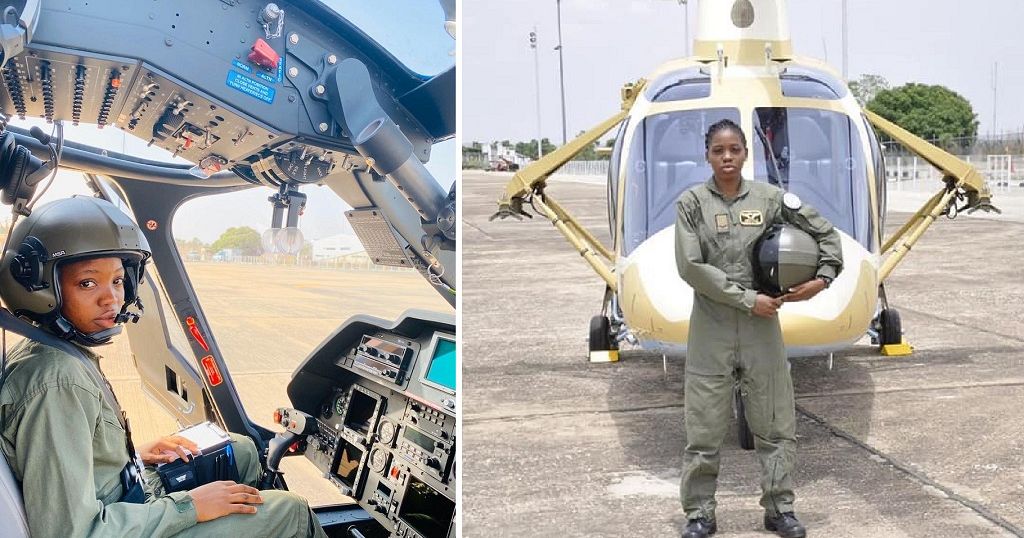 Flying Officer Tolulope Arotile, in September 2017 made history when she became Nigeria’s first ever female combat helicopter pilot. She died from injuries sustained in a road accident, the Air Force announced on Tuesday.

The accident occurred at an air force base in Kaduna state. The force in a statement posted on social media said: “Until her death, ‪Flying Officer Arotile, who was commissioned into the NAF in September 2017 as a member of Nigerian Defence Academy Regular Course 64, was the first ever female combat helicopter pilot in the Service.‬

“During her short but impactful stay in the service, late Arotile contributed significantly to the efforts to rid the north central states of armed bandits and other criminal elements by flying several combat missions under Operation Gama Aiki in Minna, Niger State,” the statement added.

President Buhari through his spokesperson also saluted Arotile’s “bravery in the field to protect the country from onslaught of bandits and terrorists, assuring that her memory will be indelible, and her efforts remembered.”

The Chief of Air Staff Marshall Abubakar, Arotile was one of the Air Force’s “shining young stars.” He stressed her contribution especially in the area of combating banditry and contributing generally to a more secure Nigeria.

“I recall meeting her at the Minna Airport, while on operational visit, after one of such missions and seeing her eagerness to contribute towards the restoration of lasting peace to the affected areas. Her death is a huge loss to AirForce family and indeed the entire Nation,” he added.

She died in a road accident at NAF base Kaduna after sustaining head injuries.

She was instrumental in the fight against banditry and insurgency.

She was only 23 years old pic.twitter.com/3e7Sf4ZjqC

(1/4) I was heart broken when I received the sad news of the death of Flying Officer Tolulope Arotile yesterday in Kaduna. Tolulope, who was winged in October 2019, as the first female NigAirForce combat helicopter pilot, was one of our shining young stars. pic.twitter.com/ZCjwMy2dwE

Tolulope Arotile was a shining star who broke barriers & defied conventions.She raced through an uncharted & dreaded path & braced d tape in victory.She refused to be hindered by neither d ceiling nor d sky.She was a woman who conquered d impossible & the https://t.co/PSAWAFbtwE