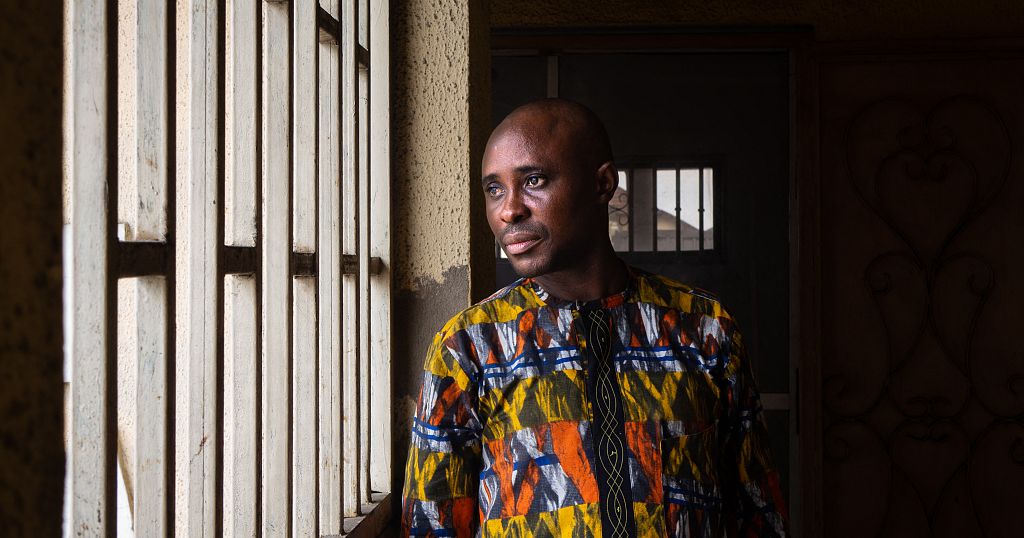 At every doorstep, Prince Wiro is greeted warmly as he makes his way through the winding alleys of Afikpo, a poor neighborhood in the southeastern Nigerian oil city of Port Harcourt.

Since Prince Wiro began organizing volunteer patrols two years ago to combat insecurity in this area, where there are no police, crime has dropped. In particular, the abuse of women and girls.

Police are often underfunded and understaffed in Africa’s most populous country, which faces major security challenges, including a jihadist insurgency in the northeast and criminal groups operating in the rest of the country.

For poor communities like Afikpo, impunity is rife. But Prince Wiro is working to ensure that those responsible for violence, especially against women, are prosecuted by the authorities.

Before his group began patrolling, the Afikpo neighborhood on the outskirts of Port Harcourt was so plagued by violence that women no longer went out at night.

“In 2019, the waterfront was ravaged by insecurity,” Prince Wiro recalls, pointing to the makeshift shacks to his left and right, picking his way with difficulty between the open sewers and soapy laundry buckets set in front of each house.

“But since then, things have gotten better,” he says proudly.

By day, Prince Wiro works as a journalist, but in his spare time he assists several communities with the association he founded, the Centre for Basic Rights Protection and Accountability Campaign (Cebariac).

Since September 2020, the 39-year-old activist has helped the Port Harcourt police solve at least 18 cases, most of them involving sexual violence against women and girls.

“Before, we had very few organizations that paid attention to women’s rights, yet they must be protected,” he says.

Poor neighborhoods like Afikpo, a maze of cinderblock houses with corrugated iron roofs, are often abandoned by local authorities.

These neighborhoods, which can only rely on themselves to meet their basic needs, are not uncommon in Nigeria, where more than 40 percent of the population lives below the poverty line, according to the World Bank, despite the huge revenues from oil exploitation, especially in Port Harcourt.

Blessing Amachree, a resident of Afikpo, explains that until recently, the lack of security in the neighborhood was such that the women had imposed a curfew on themselves from 6:00 pm. Some even decided to leave the community.

“Even my son, my only child, ran away from this place,” she sighs. “He said he couldn’t stay anymore because of the incidents, the fights and the shootings.”

As the neighborhood descended into violence, one of the community leaders, Dennison Amachree, turned to Prince Wiro.

Together, the two men worked hard to set up a vigilante group with volunteer residents.

Based in Diobu, in the upper part of Afikpo overlooking the dangerous seaside neighborhoods, the militia is funded by the residents themselves.

“The patrol tries to reduce crime, and works in synergy with the Nigerian police and other agencies,” says the journalist.

The vigilante group, which wears black polo shirts with the motto “Operation Fearless” sewn into them, is led by “Commander” Prince Tijani, the owner of a local bar.

“As I speak, there are no police here,” he explains. “And when the police want to go to certain areas, they call us and we go with them. We know the area much better than they do.

On duty, the vigilante group responds to calls from residents who report incidents to them.

And like the police, they go to the scene, investigate, mediate, and in some cases, physically arrest suspects.

It is then that they call the security forces to intervene,” says the head of the militia, who assures us that his members do not carry firearms, but only machetes, to protect themselves.