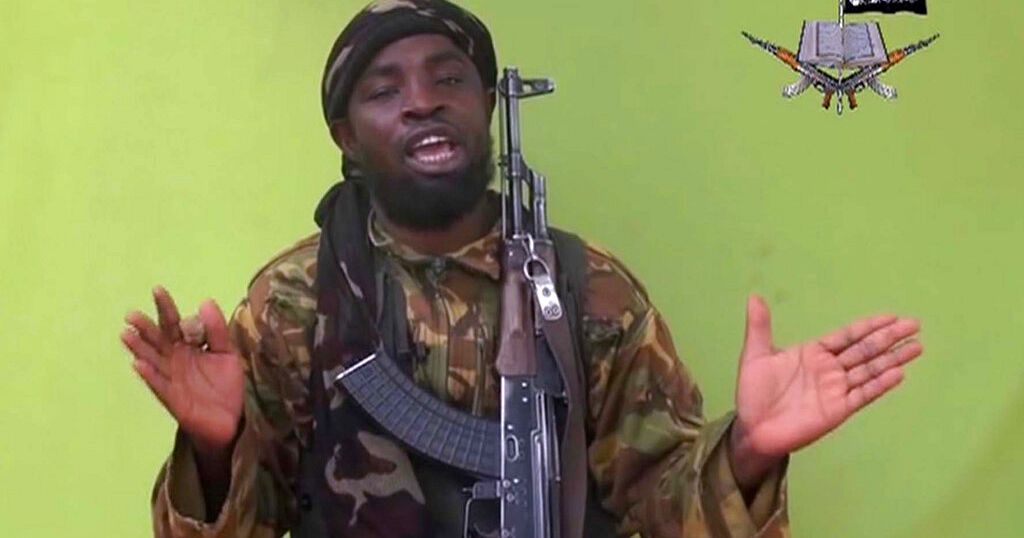 The confirmation comes by way of a video announcement sent Wednesday to AFP by the presumed new leader Bakura Modu, known as Sahaba.

The announcement also puts to rest the scores of rumours that Shekau had been dead since May.

Sahaba, a prominent Boko Haram commander known by experts to be based on Lake Chad, asks “Allah to bless the soul of Shekau” who died “as a martyr” and accuses Iswap leader “Abu Musab Al-Barnawi, that perverted aggressor” of killing him.

In his message, delivered in Arabic, the self-styled new leader of this former Islamic sect turned violent jihadist movement calls for revenge against the rival group — which was born in 2016 from a split with Boko Haram. The latter blames the former in particular for the killings of Muslim civilians among other grievances.

Shekau — who had assumed leadership following the death of Boko Haram founder Mohammed Yusuf in 2009, reportedly blew himself up during conflict with the rival Islamic State in West Africa group (ISWAP) in the Sambisa forest in northeastern Nigeria.

Claims of Shekau’s suicide post fighting were also corroborated by his ISWAP rivals in an audio document unlike previous false death pronouncements in 2009, 2013 and 2014 by the Nigerian army.

Abu Mohammed Abubakar bin Mohammad al-Sheikawi was born sometime between 1965 and 75 (according to the US Department of Justice) to Kanuri parents of modest means and Southern Nigerien origins.

He grew up in a village in Yobe, northeast Nigeria before moving to Maiduguri Borno where he became radicalized and joined Boko haram.

Shekau “was a simple and carefree man at first. The other students sometimes made fun of him for his silly behaviour, which reflected his mental imbalance,” says Kayam Bulama, one of his classmates.

But soon after he met Mohammed Yusuf, “he started to get very carried away and radical,” he adds.

He ordered the massacres of civilians — Muslims and non-Muslims alike, orchestrated suicide bombings by children and deadly assaults in northeast Nigeria.

A notable operation is the 2014 international attention garnering the kidnapping of 300 teenage girls from their boarding school in Chibok.

Shekua relaunched Boko Haram.
Since then, two jihadist groups share a large part of northeastern Nigeria: Iswap on the shores of Lake Chad, and Boko Haram in its historic stronghold of the Sambisa Forest.

It is the rivalry between the two factions that ultimately saw his recent demise.

In more than ten years of conflict, and the continued expansion of Boko Haram attacks into Niger, Cameroon and Chad, the Nigerian army has failed to crush the insurgency.

ISWAP has also grown in strength — gaining territory and launching more sophisticated attacks and is now the dominant jihadist group in north-eastern Nigeria as it carries out large-scale attacks against the Nigerian army.

Since 2019, the Nigerian army has withdrawn from small villages and bases and has instead entrenched itself in “supercamps”, a strategy criticised for allowing the jihadists to move unhindered through rural areas.

Since the radical Islamist group Boko Haram began its rebellion in 2009 in northeastern Nigeria, the conflict has left nearly 36,000 people dead and two million displaced.