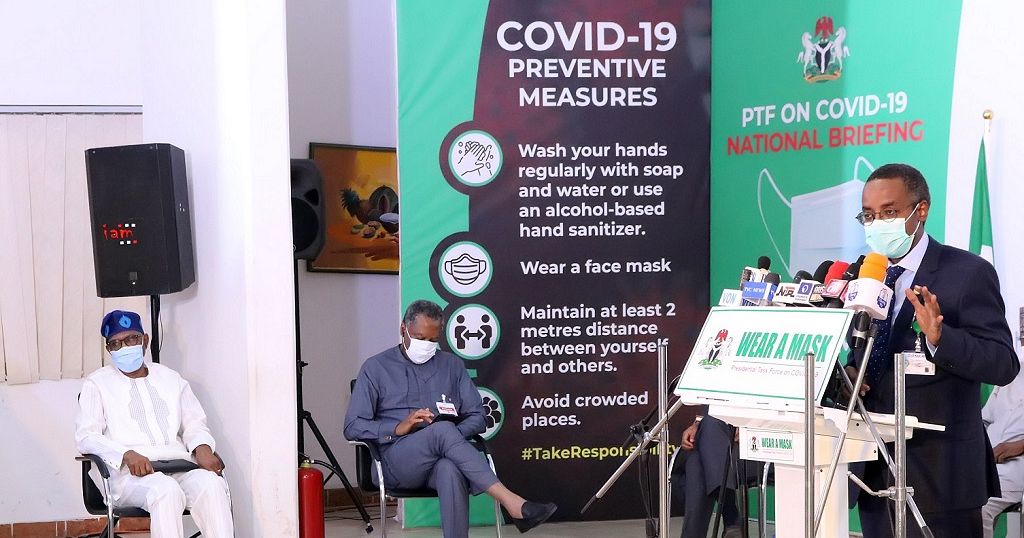 Nigeria crossed the 30,000 mark on Tuesday when the NCDC reported that caseload had hit 30,249 in pattern with an increase of above 400 cases daily.

Government also announced that federal schools will not be reopened whiles regional examination for final year students have also been cancelled.

Minister of Education, Adamu Adamu addressing the media at the PTF briefing in Abuja said the West African Examinations Council (WAEC) cannot determine the resumption date of schools for Nigeria.

Subsequently, no Nigerian school will participate in the WASSCE earlier scheduled for August 5 to September 5. Adamu stressed that he would prefer that Nigerian students lose an academic year than to expose them to dangers. Ghana has said it will go ahead with the examinations.

The Chinese embassy on Tuesday also took a swipe at a group of lawyers that filed a suit seeking damages against China over the coronavirus pandemic.

A statement by the press secretary of the Embassy of China in Nigeria called the action “frivolous” and “shoddy.” It argued that China put its best food forward at the outset of the pandemic and that it was equally impacted as any other nation.

“COVID-19 has caught the whole world by surprise. China, like other countries is a victim. Confronted by an unknown virus, we have acted responsibly to protect people’s life and health and safeguard global public health.”

It concluded by stressing its victimhood and called on the lawyers to engage in actions that boost ties between the two nations rather than dance to the tune of a certain unnamed country to “hype up the situation.”

Statement by Press Secretary of the Embassy on some Nigerian lawyers’ attempt of filing frivolous lawsuits. pic.twitter.com/decFormTiX