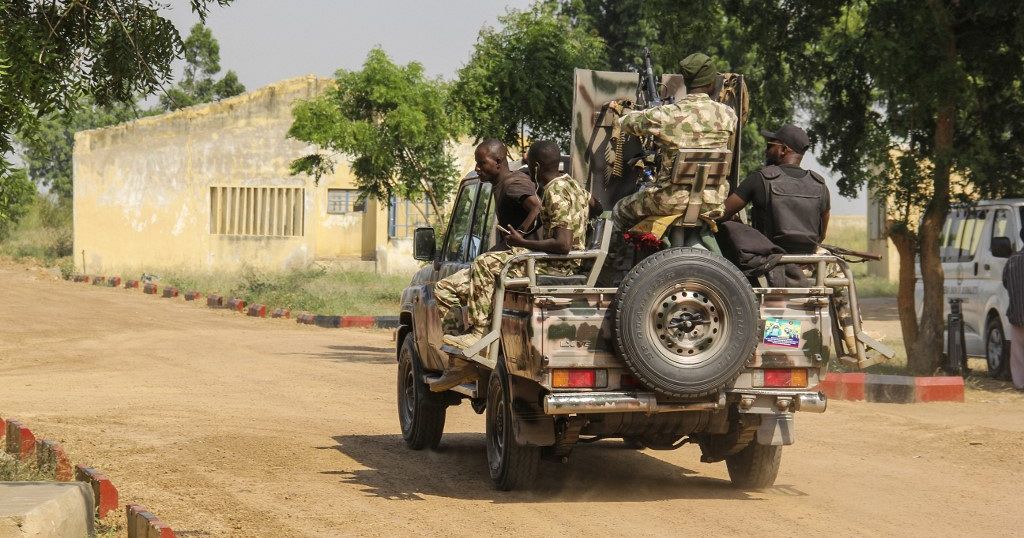 “Two soldiers were among 34 people killed in attacks by “unidentified assailants” in four villages in the Kaura area, the Kaduna State commissioner for internal security, Samuel Aruwan, said. One person is missing and seven others were injured in the attacks in Tsonje, Agban, Katanga and Kadargo localities.

More than 200 houses and about 30 businesses were burned during the violence, according to the authorities. “The government is working tirelessly with the security forces to restore order in the region,” said Samuel Aruwan.

The governor of Kaduna State, Nasir Ahmad El-Rufai, quoted by Samuel Aruwan, called on citizens to “cooperate with the security agencies”, particularly by respecting the curfew imposed in the area.

The violence is the latest to be blamed on heavily armed gangs, known locally as “bandits”, who plague the north-west and centre of Africa’s most populous country, looting, kidnapping and killing residents. On Sunday, the same day, 16 villagers were also killed in an attack in the neighbouring state of Zamfara.

Two weeks earlier, 57 members of a vigilante militia were killed in clashes with a criminal group in Kebbi State, also in the northwest. In the aftermath, President Muhammadu Buhari said he was “shocked by this extreme level of criminality”.

In early January, more than 200 people were killed in attacks in Zamfara State. The 79-year-old former army general is widely criticised for his inability to curb widespread insecurity in the country.

In addition to the fight against banditry, the Nigerian army is deployed on multiple fronts, including in the northeast, which has been plagued by a jihadist insurgency for more than a decade, and in the southeast, which is agitated by separatist movements.

Analysts say there is a growing concern about possible alliances between bandits and jihadists in the northeast. The bandits operate from hidden camps in a vast forest straddling Zamfara, Katsina, Kaduna and Niger states.

To protect themselves, many villages have formed self-defence groups, supported by the government. However, some have been banned from several states after accusations of abuses and extrajudicial killings.