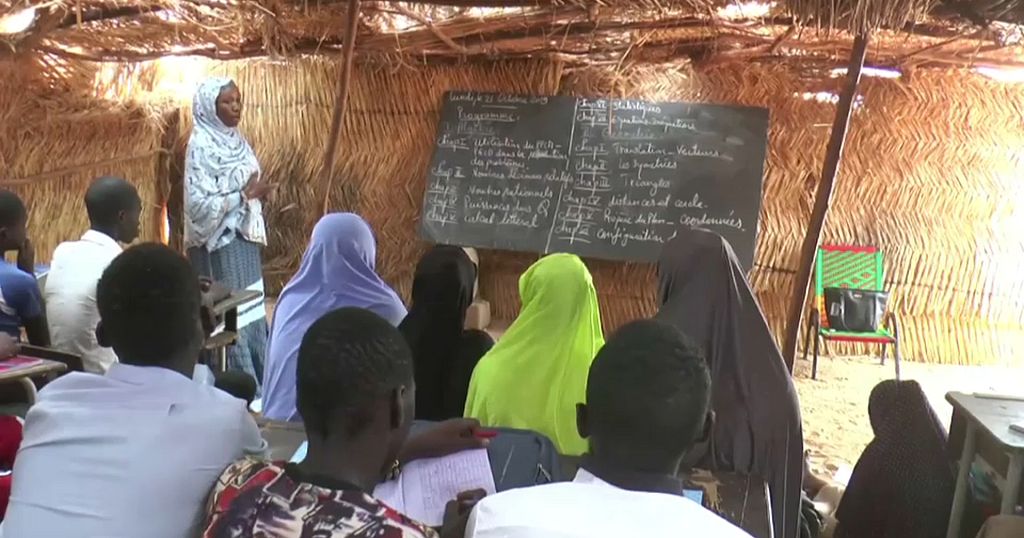 The new Nigerien president Bazoum Mohamed has made school education his priority. He wants to get the Nigerien school out of its deep malaise. To do this, he outlined his vision for the coming years to the various actors of the Nigerien education system and technical and financial partners.

Our Africanews special correspondent, Abdoulkarim Mahamadou, provided us with details surrounding the meeting.

It is common knowledge that the Nigerien school system needs work.

Despite efforts made by the various regimes over the last three decades, poor governance, inadequate infrastructure and a decline in the level and quality of education are among the ills that plague the sector.

A teacher by trade, the new president of the republic, Mohamed Bazoum, has made the rebuilding of the Nigerien education system a priority.

The head of state has a project to upgrade the educator’s body teachers — as he recently stated before teaching establishment partners.

“The professionalisation and capacity building of the teaching profession is also very important. It is a question charged with the greatest stakes on which I would like to insist.

“So that we reflect very seriously to promote a reform that gives us the key to improve our school system. I call on the trade unions to make their contributions here in the most relevant way”.

Social partners, i.e. the sector’s unions, support the head of state’s vision. Although, they recognise the necessity to take stock of the school system before undertaking any reforms.

Issoufou Arzika, a spokesperson for the collective of teachers’ unions in Niger, shared his position on the issue.

“This is the place to take stock of all this mess, excuse me for the term, which has reigned in education. We can recall, if you have followed well, that there are reforms and actions that start together, concomitantly and each goes in its own direction, each has its own objective which is not necessarily linked to the common objective.

“However, since the education system has been decided to be holistic since the LOSEN and even since the PCEF, we believe that all segments, all orders and all types of education must work in the same direction to achieve the same objective, that of producing in this country a dignified citizen, capable of integrating socially, economically and professionally into the concert of nations”.

UNICEF has committed to rebuilding the hut classrooms of the lowland school ravaged by a fire on April 13 — in which twenty pre-schoolers, unfortunately, passed away.

The organisation is also leading the nation’s technical and financial partners to support Niger in its education system policy reform project.

An initiative that also takes pride in securing enrolment spots for female students in school.