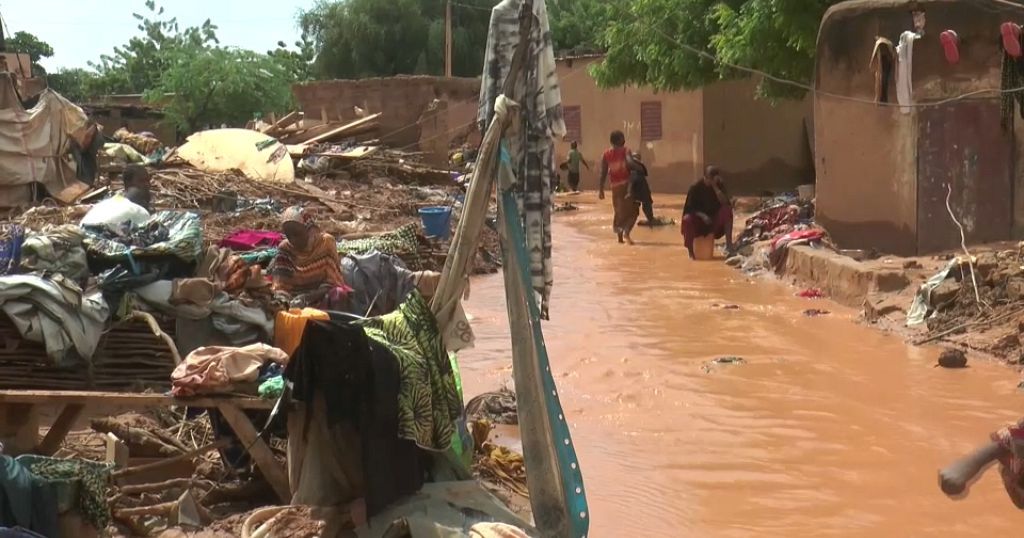 Heavy rainfall in Niger triggered severe flooding in several parts of the country on August 11.

More than 4000 houses collapsed and 52 people died. In Niamey, the village of Gaba Goura is one of the most affected villages where more than 80% of the houses were washed away, leaving the population in distress.

“This is my house, this is our house. I lost everything. You could see even the beds that are there. So now where I am talking, I have no food. I don’t know where I’m going to go” said Ibrahim Amadou, victim.

“When the water level dropped a little, I decided to go and see my house. At that moment, my wife took my children and others to cross the valley while the current of water has the strength to carry away a child “ said Alhassane Kadri, another victim.

There have 6 reported cases of death as a result of floods in Niamey according to the fire department .

The commander of the fire department,Colonel Sidi Mohamed says his team are constantly on the alert to provide assistance to victims. He partly blamed the misfortunes on human activities.

“One of the major causes of these floods, in fact of these disasters, is really human causes. The population lives in places that are extremely sensitive, swampy places, places that are said to be technically unsuitable for construction.”

Niamey for the third year in a row lives with the flooding in this village of Gabogora in the 5th district of Niamey.