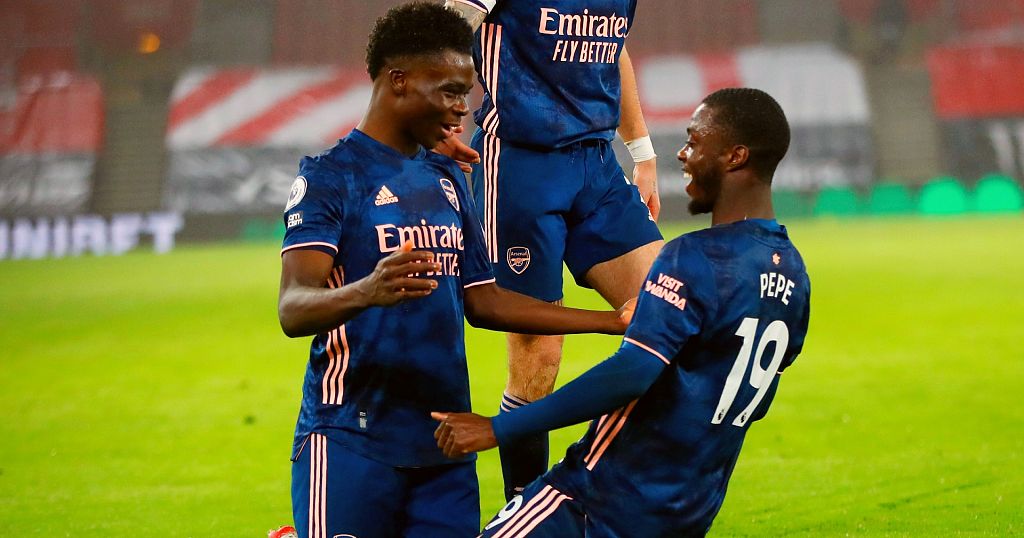 Arsenal made it through to semifinal in the Europa League competition. The Gunners crushed the Slavia Prague from the Czech Republic last Thursday to qualify for the last four of the competition.

Arsenal responded to having an early goal by Emile Smith Rowe ruled out for offside by VAR by scoring three times in quick succession, first though Nicolas Pepe in the 18th and then Lacazette — from the penalty spot — and Bukayo Saka.

Lacazette, continuing as striker with Pierre-Emerick Aubameyang sidelined after contracting malaria, added a fourth in the 77th minute.

The Spanish side, winner of three consecutive Europa League the Sevilla, is aiming for a fourth consecutive victory over Villareal. Led by Nigerian Emmanuel Chukwueze, who previouslz sank the Dinamo Zagreb.

Meanwhile Edinson Cavani scored his 50th goal in European competition to lead United to victory over Granada at Old Trafford.

A 90th-minute own-goal by Jesus Vallejo completed a second straight 2-0 win over Granada to make it 2 nil.

Roma also drew 1-1 with Ajax to squeeze through 3-2 on aggregate on Thursday.

1 thought on “Nicolas Pépé and Arsenal in the semi-finals”