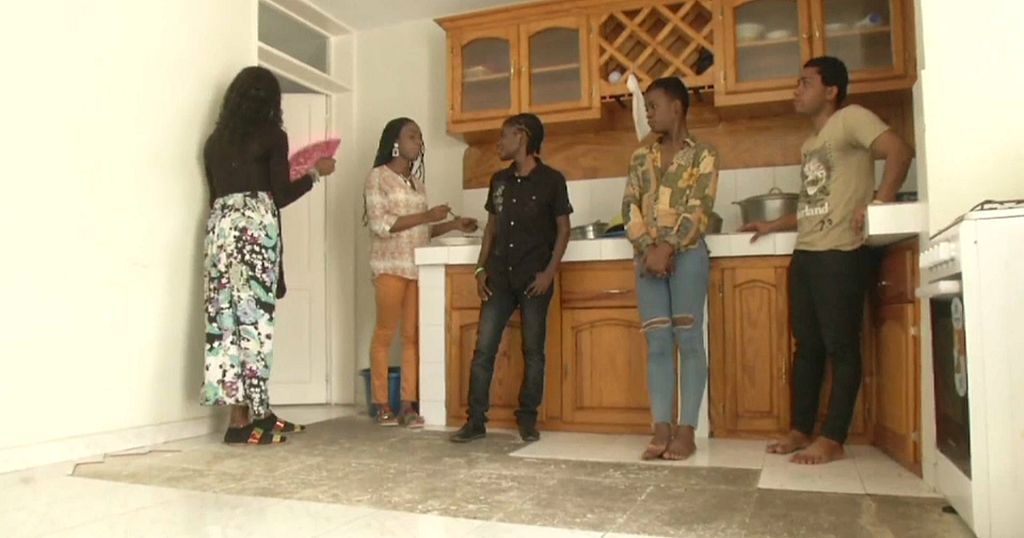 Prejudice and discrimination against transgender people is common in Haiti, but one organisation is providing a haven where they can feel welcome.

The Kay Trans Haiti Centre in the capital, Port-au-Prince, provides lodging and care for up to 10 transgender people.

Funded by a Spanish healthcare company and the United Nations Development Program, Kay Trans Haiti is open to transgender people who have been victims of verbal or physical abuse.

It provides services including a psychologist free of charge, and allows residents to stay for up to a year.

Once people graduate from the centre, the program pays their rent for up to a year, after which they must become self-sufficient.

Residents say the neighbourhood surrounding the centre has gradually become more accepting of them, creating a safe haven in a city where they can often feel vulnerable and subject to abuse at any moment.

The centre has become a place where Semi Kaefra Alisha Fermond, a 24-year-old transgender woman, can be herself in a nation where LGBT residents face pervasive hostiliy in most areas of public life.

She recalled when things were extremely difficult for her.

“At this time, I was trying to cut my penis because I said to myself, if mummy and daddy say I am a boy this is because of the penis, and the only thing that I have to do is to cut it. If I don’t have a penis, they’re not going to say that I’m a man.”

Gay Haitians are frequent targets of attacks and harassment, and police are often unsympathetic to victims of homophobic violence.

The major churches in Haiti are firm in their condemnation of homosexuality.

“They tried to bring me to a spirit person to help me to remove my spirit,” she said.

Residents of the Kay Trans Centre can bring their partners there, go out to clubs, and shop without fear of mistreatment from neighbourhood shopkeepers, who have become increasingly friendly and welcoming.

– A new and friendly penal code –

In 2016, an LGBT cultural festival in Port-au-Prince was cancelled after organisers received threats and a local official, who described it as a violation of moral values, sought to ban it.

In 2017, Haiti’s Senate passed two bills targeting LGBT Haitians. One would formalise a ban on same-sex marriage, and prohibit public demonstrations in favour of LGBT rights.

In July, thousands of people opposed to gay and transgender rights marched in a rally organised by a number of churches demanding President Jovenel Moise rescind a decree that rewrites the 185-year-old penal code, they say recognises same-sex unions and tacitly allowing homosexuality.

The new penal code, they argue, tacitly allows homosexuality, as it contains no provisions punishing same-sex relations. Fines and possible prison sentences for officiants who refuse to perform same-sex weddings are stipulated.

3 thoughts on “New Haven For LGBT Persons In Haiti”