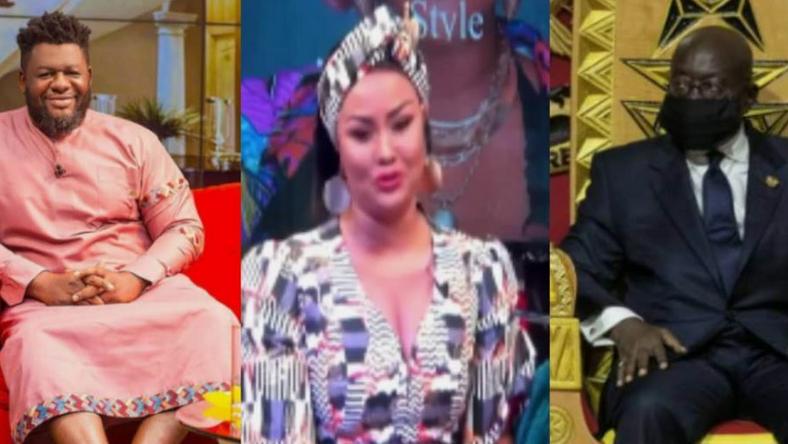 Bulldog on United Showbiz last week Saturday said that this country will be too hot for Akufo-Addo if he doesn’t authorize the payment of locked-up cash at defunct gold dealership firm Menzgold.

”We’ll get our monies back else he [President Nana Akufo-Addo] will run; like he won’t finish his four years.”

After his release, Bulldog took to his social media to share how he was treated in prison. Bulldog was granted bail in the sum of GHC70,000.00 with three sureties on Wednesday, January 13.

Nana Ama McBrown on the show has rendered an unqualified apology to President Akufo-Addo regarding Bulldog’s unfortunate comment on her show.

“President Akufo Addo I, apologise for the comment made by Bulldog on the show. As the saying goes when your child eases on your lapse, you don’t cut it off, but rather you clean,” She said.