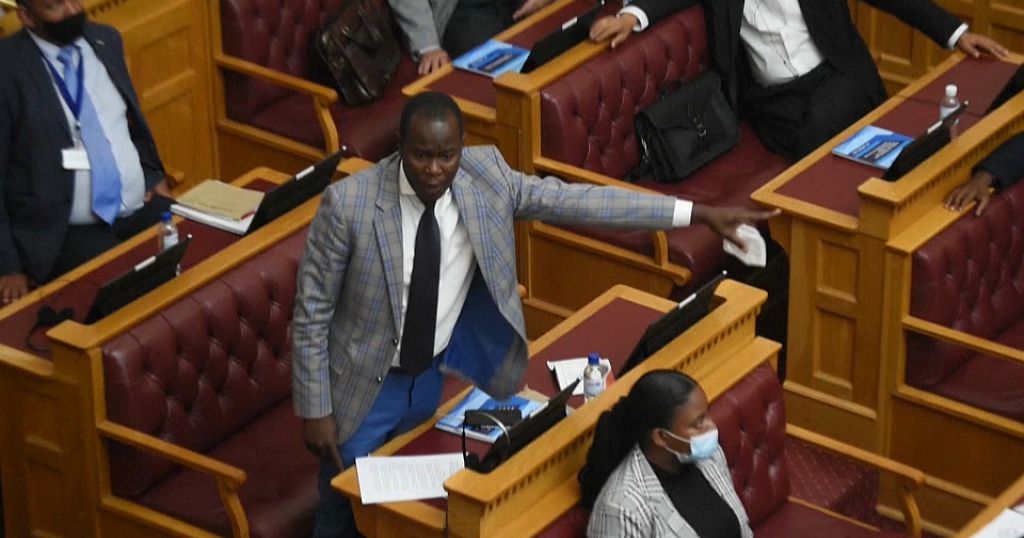 The President of Namibia’s NUDO (National Unity Democratic Organisation), Esther Muinjangue, says that the opposition parties and many of the affected parties are rejecting the genocide deal because it intends the reparations be handed out through a series of development projects and initiatives, instead of restitution that directly focuses on the descendants of the affected communities.

Several hundred people staged a protest outside parliament in Namibia on Tuesday where an agreement by Germany acknowledging it committed genocide during its colonial occupation, was due to debated.

Around 400 chanting and placard-carrying, mainly opposition activists marched to the parliament building in Windhoek to protest against the agreement penned earlier this year between their government and Germany.

Germany in May acknowledged it had committed genocide in colonial-era Namibia and promised a billion euros in financial support to descendants of the victims.

Activists have rejected the offer as insufficient. “Say no to the fake genocide deal”; “the blood of our ancestors was not in vain” and “proper reparation now”, read some of the placards.

Inside the National Assembly, Defence Minister Frans Kapofi read a statement on his intention to table the agreement, describing it as “an achievement, of some measure, to get the Federal Republic of Germany accepting responsibility” for the genocide.

Kapofi said the government has raised concerns over the reparation amount.

“Depending on the negotiations between the parties, an improvement of the terms of reparations, particularly on quantum, is not out of the question,” the minister said.

The speaker accepted that the agreement be submitted but abruptly adjourned the session to Wednesday before it was tabled.

The agreement was a result of more than five years of negotiations between the two countries over events in the territory held by Berlin from 1884 to 1915.

German colonial settlers killed tens of thousands of indigenous Herero and Nama people in 1904-1908 massacres — labelled by historians as the first genocide of the 20th century.

The atrocities have poisoned relations between Namibia and Germany.