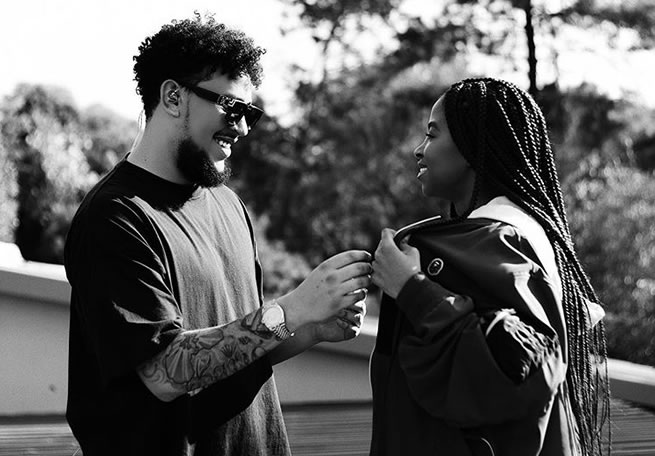 If you are on TikTok, then you know that one of the most popular trends there is the cute couple quizzes, and rapper AKA and his bae recently did one leaving the Megacy with a front-row seat into their relationship dynamic.

The quizzes are all about how well lovers know each other and the result is always cute for the audience to watch.

Since AKA joined TikTok, his fans have enjoyed getting to watch him at his most relaxed. He and girlfriend Nellie Tembe, who AKA has previously said values privacy, participated in the challenge, answering questions about each other with their eyes closed.

Through the quiz, fans of the pair now know who spends the most money, who said “I love you” first in their relationship, who is the better cook and so much more.

Watch the video below.

Snaps of Nellie first surfaced in January, when a video of her and AKA locking lips at a restaurant went viral.

AKA then got the streets talking when he confirmed he had broken up with his baby mama, DJ Zinhle.

Soon more snaps of Nelly popped up, including at his birthday party and on the star’s Instagram Stories. Since then, the rapper has made it public that he’s smitten.

Fans know a happy couple when they see one, and they are convinced that Mega may have finally found “the one” ..