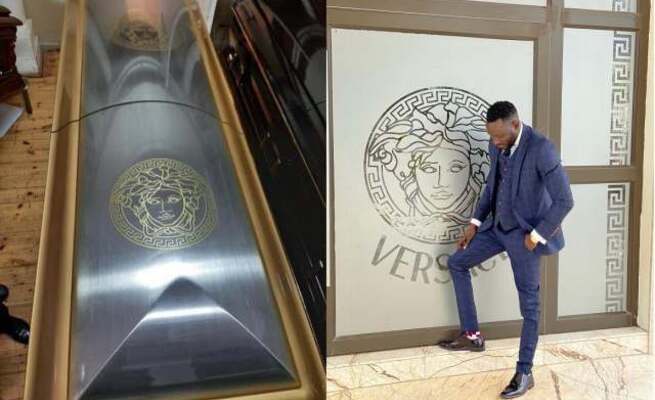 Kadungure, better known as Ginimbi, the flamboyant king of a life of glamour who set the Joburg and Pretoria social scenes alight, died early on Sunday in a car crash in Harare, Zimbabwe. The businessman who hosted “allwhite” parties equivalent to P. Diddy’ s was driving his R5m Rolls-Royce Wraith when he collided head-on with three other vehicles.

He and his companions were driving from an all-night party at Kadungure’s nightclub called Dreams.

Cabonge said though Kadungure died young at 36, he had lived his life to the fullest, and that he was “an idol to many people.”

Kadungure was known for his expensive lifestyle, from clothes to the lavish parties he held. The jewels in his swanky crownwere his flashy cars and mansions.

He will be sent off in grandeur on Saturday, Gabonge said. He said Kadungure will be buried with a stack of dollars in cash in honour of his extravagant life.

His funeral service will be an all-white affair,” he said.

Cabonge said the people close toKadungure decided on the white colour to honour the person that he was.

“He was a man of class, taste and style, and we need to honour that. We are going to bury him with lots of dollars, and expensive brandy. Ginimbi

was a fan of international brands like Louis Vuitton and Versace. He could wear Versace from top to bottom, including his underwear. ”

Tinashe Jonas, president of IDEAL Zimbabwe, said Kadungura was a shrewd businessman who owned Pioneer Gases which had interests in Zimbabwe, Botswana and SA. He said he loved international labels such as Gucci, Prada, Fendi, Hermes and Rolex.

He was the owner of Dreams Night Club in Harare. When he was dining in restaurants he was a kind of person who tipped waiters because he wanted to leave a financial statement that I am Ginimbi, the Hustler. Showing off was a trademark.

Cabonge, who met Kadungure five years ago, said he was more than just a friend.

“I am still not fine. It is going to take me [a] long [time] before it sinks in. I had to cancel my international trip and I will be going to Zimbabwe on Thursday to bury him.”

According to Cabonge, Kadungure’s favourite partying spots included Taboo in Sandton, Moloko and Club Harlem in Pretoria. Cabonge said whenever they went out, the excitement began before Kadungure entered the venue, with girls asking for selfies and money. He said Kadungure gave away money easily and once inside the club he reserved a table for his friends and always offered to spoil them with expensive booze.

Inside the club he will leave all the people smiling from bartender to bouncer because he would tip them. Once I was with him in Los Angeles and Hollywood. I was shocked how people were competing to get a selfie with him. Whenever we were travelling internationally he always looked for a place that sells African cuisine.”

Ginimbi’s funeral service on Saturday will be held at his village mansion in Domboshava, 35km north of Harare.