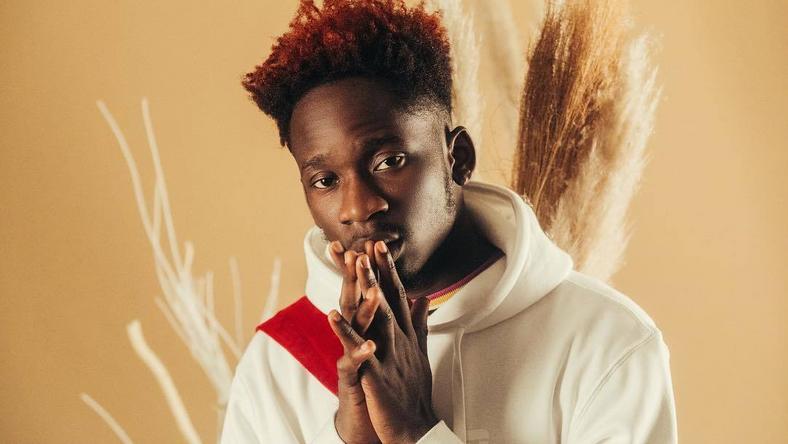 The Nigerian musician took to social media to send one of his appeals to Shatta Wale to use his influence to communicate to his fans about his missing gadgets so that anyone who sees his laptop can return it to him for a cash prize.

” Emperor dem steal my laptop & phones o u for show your power to ur boy Eazi” he tweeted at Shatta Wale and in another tweet he said, ” Be like I go go tiptoe lane go beg the boys for there!! I sure sey dem be go listen me! Me sef I be hustler one time lol“.

The ‘Accra To Lagos’ singer also noted that “abeg If Anybody see my laptop for Accra make e halla me! I go give am some cool £“.

Appealing to Nana Addo, Mr Eazi wrote “Your excellency Sir @NAkufoAddo how are you this morning? I just finished Praying & got the urge to Bring to your attention that my Laptop and phones has been burrowed by Shapiro’s. As the commander in Chief Please Tell boys for street make dem return am Sir! I trust you“

Mr Eazi also took his appeal to Stonebwoy when he tweeted “Governor @stonebwoyb Abeg dem steal my laptop plus phones for Accra!! U go fit give executive order make street find am den return am! I am loyal to your government” and he got the reply below from the Bhim Nation president.

According to Mr Eazi who is currently in Ghana, the gadgets got missing at his apartment and he might sue them over the theft case. “I get vim sey all the tins go return den I go sue my apartment Managers BIG!! Because dem fool!“.

See the tweets below for more of what Mr Eazi has been saying about his missing items which has become a topic on the microblogging platform among fans.