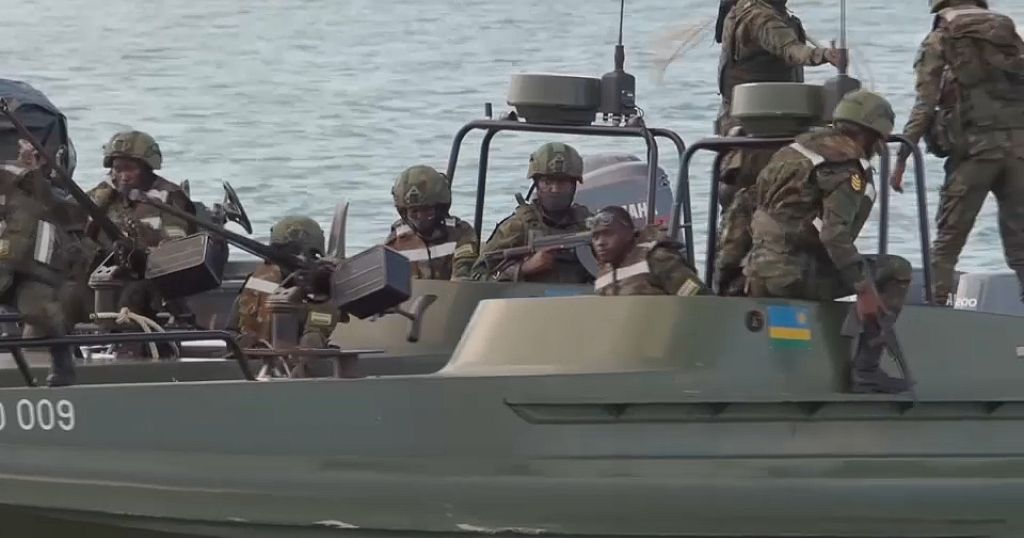 His words came as Rwanda helped Mozambique to retake a strategic port that had been held by Islamic extremist rebels for the past year.

A joint force of Mozambican and Rwandan troops regained control of Mocímboa da Praia in northern Mozambique over the weekend, the two countries’ defence ministries announced.

The retaking of the town is a notable success for the 1,000-strong Rwandan force that was deployed to Mozambique last month.

Since arriving in Mozambique in July, Rwanda’s troops have rapidly helped Mozambique’s armed forces achieve victories against the insurgents, who had until now made the north-eastern part of Cabo Delgado province all but uninhabitable.

“We were living in harmony but there were religious differences. We had people from other religions whose ideals we could not tolerate. They then decided to go into the forest to fight. We have been facing tragedies since when the terrorists came here.” Bakali Ali Mbaale, a village chief in one of the towns in the province said.

Joint operations between Mozambican and Rwandan forces — whose deployment is reportedly being financed by France — have forced the rebels to retreat “from the zones where they have exerted relative influence,” a senior Mozambican military officer told journalists.

The joint force had taken control of public and private buildings in Mocímboa da Praia, including local government offices, the port, the airport, the hospital, markets, and restaurants, the officer said.

Last week it had hinted of what was to follow, when it said it had helped the Mozambique army regain control of Awasse — a small but strategic settlement near the key town of Mocimboa da Praia seized by militants in August last year.

Mocimboa da Praia, from where the first Islamist attacks were staged in October 2017, has since last year become the de-facto headquarters of the IS-linked extremists.

Mozambican military forces have been struggling to regain control over the province, which is home to one of Africa’s biggest liquefied natural gas projects.