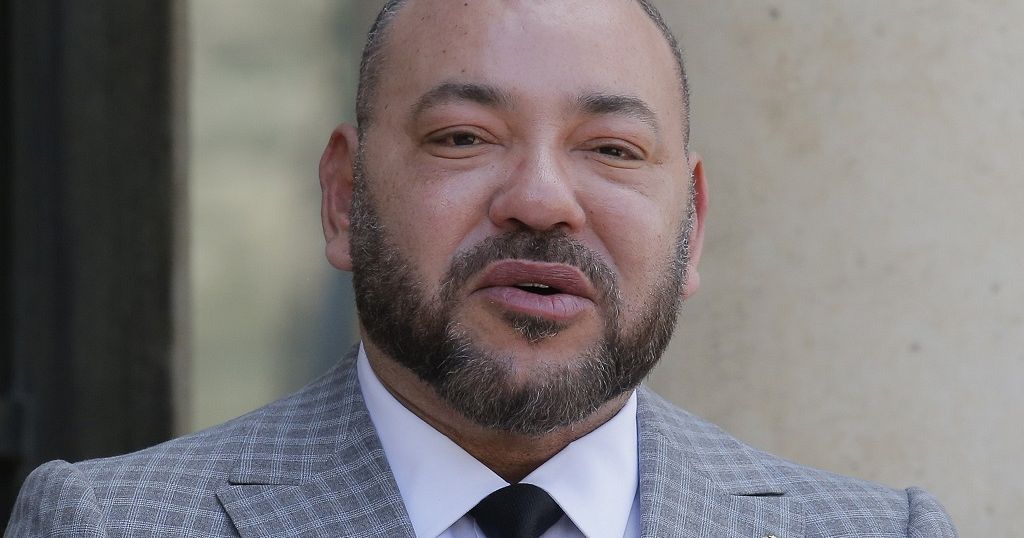 Morocco’s King Mohamed VI said Saturday that Western Sahara is “not negotiable”, as tensions flared with Algeria over the disputed territory.

“Today as in the past, Moroccan sovereignty over Western Sahara will never be up for negotiation,” the king said in a televised speech.

Morocco sees the former Spanish colony as its own sovereign territory while Algeria backs Western Sahara’s Polisario Front independence movement in the conflict.

“If we engage in negotiations, it is essentially in order to reach a peaceful solution to this artificial regional conflict,” the king said.

On Wednesday, Algeria accused Morocco of killing three Algerian civilians on a desert highway through a Polisario-held area of the territory in a strike on their trucks.

Morocco has not officially commented on the accusation, but an informed source from the kingdom said “it has never targeted and will never target Algerian citizens, regardless of the circumstances and the provocations”.

The Western Sahara, 80 percent of which is controlled by Morocco, boasts extensive phosphate reserves and rich Atlantic fishing grounds.

Algeria has long hosted and supported the Polisario Front, which seeks full independence for the territory and has demanded a UN-supervised self-determination referendum as provided for in a 1991 ceasefire deal.

In November, the Polisario declared the truce “null and void” after Moroccan forces broke up a blockade of a highway into Mauritania, that the independence movement said was built in violation of the ceasefire.

The Polisario has since launched multiple attacks on Moroccan forces, killing six Moroccan soldiers, according to an informed Moroccan source.

Tensions between Morocco and Algeria further escalated in August, when the latter broke off diplomatic ties with Rabat citing “hostile actions” — charges denied by Morocco.

In December last year, Morocco normalized diplomatic ties with Israel as part of the so-called US-backed Abraham Accords while the administration of President Donald Trump recognized the kingdom’s sovereignty over Western Sahara.

To stake Morocco’s claim, the current king’s father, Hassan II, sent 350,000 civilian volunteers on the iconic Green March into the territory in 1975.

Saturday’s speech by the king marked its 46th anniversary.

It also came just over a week after the UN Security Council on October 29 called on all sides to resume negotiations towards a solution, as it renewed the UN mission in Western Sahara for one year.

The resolution calls for a goal of “self-determination of the people of Western Sahara” and also “reaffirms the need for full respect” of a ceasefire that collapsed last year.

It urged the parties to resume negotiations “without preconditions and in good faith” in search of a “just, lasting and mutually acceptable political solution”.

Moroccan Foreign Minister Nasser Bourita welcomed the text, saying it “specifies the real parties to the conflict by calling for Algeria to take part responsibly and constructively.

But Algeria said it would not “support” the resolution, saying it was unbalanced.

“Algeria will not support this biased resolution which has the effect of comforting the exorbitant claims of the occupying state (Morocco),” the foreign ministry said in a statement last Sunday.

The Polisario’s UN envoy Sidi Omar tweeted last week that “there will be no new ceasefire as long as Morocco persists in its attempts to forcibly impose a colonial fait accompli in the occupied territories of the Sahrawi Republic”.

Algeria has also rejected the “roundtable format” of talks.

The last UN-led peace talks in 2019 involved top officials from Morocco, Algeria, Mauritania, and the Polisario.

They were frozen after UN envoy Horst Kohler quit the post in May 2019. He was finally replaced this month by veteran diplomat Staffan de Mistura.