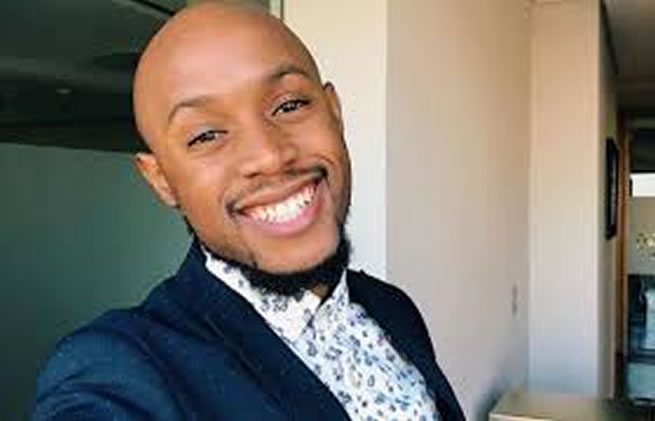 It seems Mohale is ready to move on..and the media personality has shown interest in television presenter Tshego Koke.

Tshego tweeted two pictures of himself with no caption or any accompanying text. Seeing the tweet, Mohale replied saying “Hi, uphi” (where are you).

While many laughed at Mohale’s response and asked what he meant, one Twitter user joked that he knew where Tshego was.

Mohale replied to the tweep, saying: “Are you taking me or?”

Tshego, however, did not answer the question.

Mohale, who is currently going through a messy divorce with his estranged husband, Somizi Mhlongo, made headlines in August after allegations of abuse were made public.

This was after Mohale had accused the “Idols SA” judge of abuse in an interview he did with producers of the reality show, “Living the Dream with Somizi”.

Mohale told producers that Somizi tried to kill him with a kitchen knife and struck him off the road with his car while he tried to flee.

The couple had been arguing about Mohale’s alleged cheating.

Somizi addressed the allegations by saying that he would refer the matter to his lawyers and confirmed that he wanted to finalise his divorce from Mohale.

He also said that never had he thought that he would need to defend his honour as a result of someone he had loved deeply deliberately harming his reputation.

“I have loved loudly and proudly, and as such, you all have experienced parts of our relationship by virtue of my reality show, our wedding special on TV, and our social media platform.

“Now, you are also audience to what has, sadly, become a break-up between two people laced by defamation,” Somizi said.

In August, Mohale hit back at a suggestion that he should visit the new Sanctuary Mandela hotel with Somizi.

Reacting to the news on social media, Mohale said that he wanted to go to the hotel.

When a Twitter user suggested that Mohale should go with Somizi, the social media influencer and actor hit back saying, “Ei, uyaphapa maan!” (you are forward).