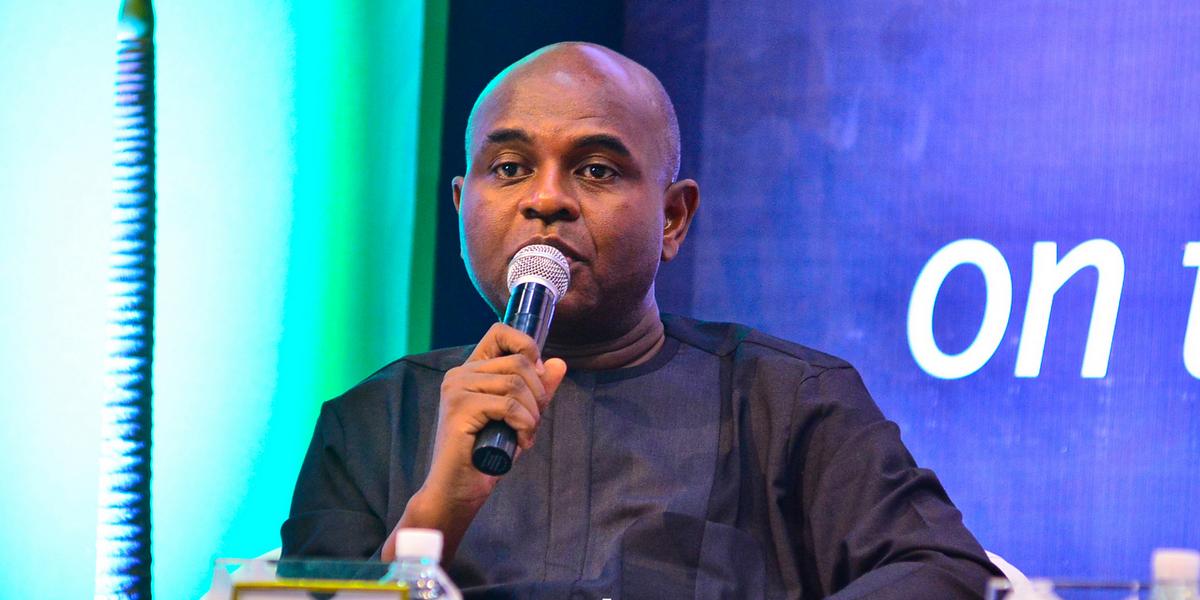 While speaking on Hard Facts with Sandra Ezekwesili on Tuesday, June 15, 2021, Moghalu said Nigeria’s democracy only benefits the political class without meeting the purpose of democracy for the people.

He noted that the country needs an informed electorate that makes democratic choices with full knowledge and capacity for democracy to work.

“One of the reason why the people are still missing in the equation is that the people are not politically-educated in the way they should be for a democracy to have value,” he said.

He said the political class has used these two factors to capture the civic space and use citizens as tools for elections.

He noted that Nigerians tend to vote based on ethnic or religious considerations, and for the two major parties, even though they’re not getting good governance.

“People in Nigeria do not yet have that ability to assess an electoral set up and make informed choices.

“You see them voting for the two major parties, not because of ideologies but mostly because those two parties have mastered the democratic space through all sorts of games,” he said.

Offering another reason why democracy is lagging in Nigeria, Moghalu said there are no truly independent institutions to uphold it like they should.

He accused the Independent National Electoral Commission (INEC) of tending to support the government in power by manipulating the electoral process.

He said the only way to conquer the highlighted challenges is for people to realise their individual and collective powers and overwhelm the obstacles, especially by going out to vote in larger numbers than in the past.

“You can overwhelm the rigging machine and all these shenanigans if the people themselves are determined. This is what we hope will happen in 2023,” he said.

Moghalu yet again affirmed his intention to run for the office of president a second time in 2023, and assured he’s already developing a grassroots structure to support his run.