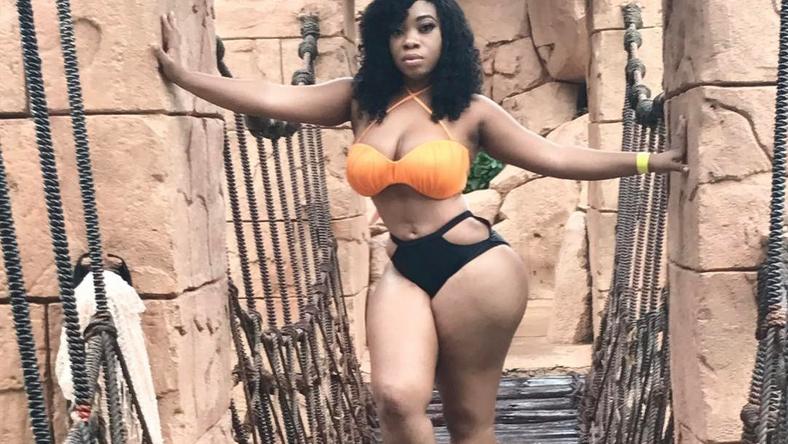 She made this revelation during her appearance on Kwaku Manu’s “Aggressive Interview” which was premiered on YouTube yesterday.

“No one has ever snatched my boyfriend,” she stated when asked if her man has ever been snatched from her.

But when asked if she had ever snatched someone’s boyfriend, she was reluctant to admit, saying ‘no’.

However, when she was pushed further by the host Kwaku Man, she admitted and said it happened by accident.

Moesha said she was lied to by the man, which is why she didn’t know he already had a girlfriend.

“I didn’t snatch the guy intentionally. He lied to me and I fell in love with him.”

She said the relationship ended her in trouble even though she loved the guy and experienced a broken heart.

“I dated and lived with him, but the relationship landed me in trouble. I deeply fell in love with him. I wouldn’t have talked about him. I experienced a broken heart with him.”