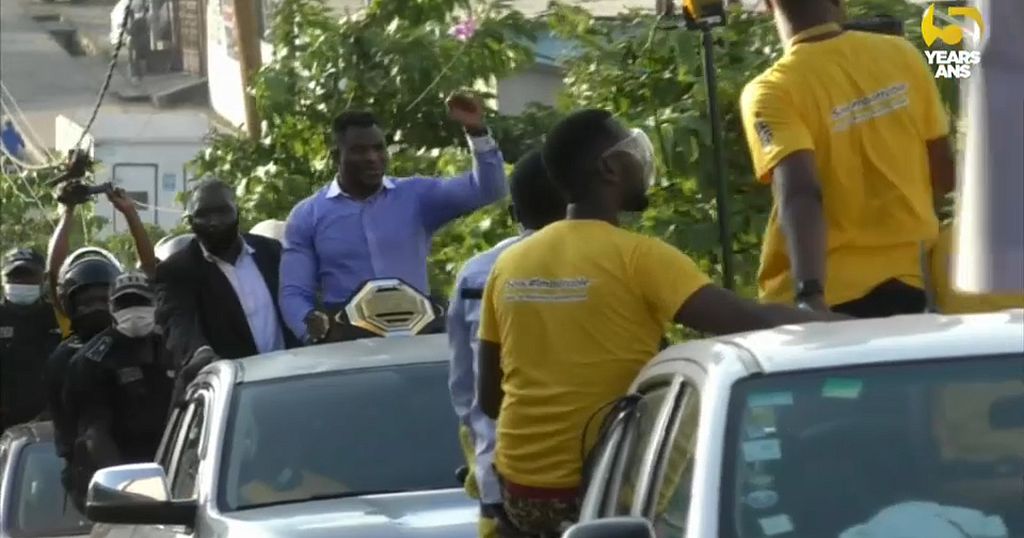 An achievement that followed a sensational six minutes that saw him deal a devastating 2nd round knockout to Stipe Miocic at the championship on March 27 in Las Vegas, United States.

This African world-class champion has returned to celebrate the UFC history-making victory in his homeland.

Ngannou humbly thanked the multitude of proud compatriots who came out to celebrate his win.

“I would like to thank you from the bottom of my heart for the support you have given me, it is what has kept me going.

“Three years ago I failed my mission and I promised to bring this belt home to you.

A former aspiring boxer who discovered mixed martial arts after he left his native Cameroon for Paris in 2013, Francis Ngannou believes his ascent is inspirational.

Upon emerging victorious at his most recent history-making fight, he told the media “It’s the story of a young man who hasn’t had much luck in life but who hasn’t given up, who has allowed himself to dream.”

With 16 wins and three losses, the 34-year-old is not only the first African UFC heavyweight champion bus also the man to beat in the category.

A local could not contain his joy at seeing the international athlete back in Douala, “Ngannou in Cameroon is great news, everyone is elated — let’s go! Cameroonians are in celebration. Long live Cameroon+”

Being back on his native soil is a full-circle moment of bliss for Ngannou who is now an athletic symbol of Cameroonian pride.

“You can imagine the atmosphere in the streets of Douala. There is no way to get around.

“They have come to say ‘thank you’ as they chant in thanks in the streets. The atmosphere foreshadows what will happen in the days to come, in other cities of Cameroon. “