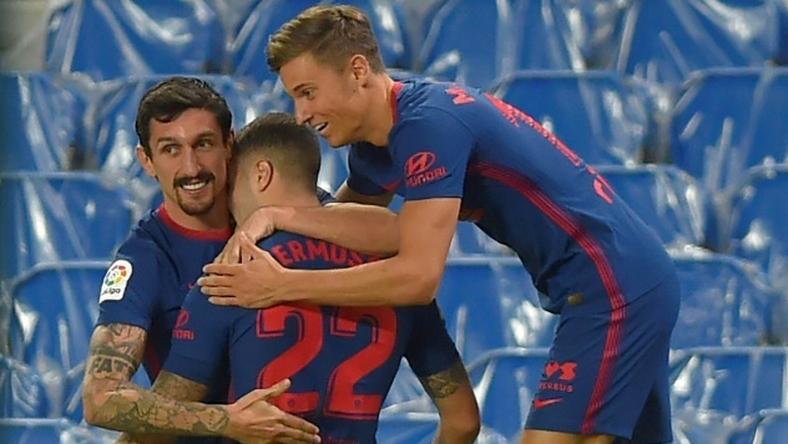 Messi struck his 644th goal for Barca, one more than Brazil legend Pele scored for Santos, in the 65th minute of a routine win for Ronald Koeman’s side, who are fifth in La Liga after the win and eight points behind leaders Atletico.

Barca started on the front foot at the Jose Zorrilla Stadium, with Messi flashing a curling wide in the seventh minute and forcing a superb save from Jordi Masip in the 20th minute.

Martin Braithwaite gave the away side a deserved second 14 minutes later, Messi slipping through Sergio Dest who rolled over a perfect low cross for the Danish international to tap home.

Messi, who has looked out of sorts this season after trying to leave the club in the summer, got the landmark goal his excellent performance deserved with a simple finish after bursting through to collect Pedri’s delicate backheeled assist.

The easy win puts Barca two points behind Sociedad and fourth-placed Villarreal, who draw 1-1 at home with Athletic Bilbao.

Earlier second-half goals from Mario Hermoso and Marcos Llorente earned Atletico a huge win away at a Sociedad team that started the fixture three points off the lead but are now six back in third after their third straight league defeat.

Diego Simeone’s side are three clear of second-placed Real Madrid, who can move level again with their city rivals with a home win over Granada on Wednesday.

Atletico know that however Madrid fare that they will have played two fewer games than the reigning champions, while Sociedad have played three games more than the leaders.

The win was Simeone’s 300th league win as Atletico coach.

“It’s means a lot, really a lot,” the Argentine said.

“I came here with the idea of taking Atletico to the summit of the game … I can’t thank the club enough for what they have given me.”

Sociedad were the better side in the first half but couldn’t carve a goalscoring opportunity in an opening period without a shot on target.

Atletico went ahead just three minutes after the break when Hermoso found himself unmarked in the area and perfectly met Yannick Carrasco’s free-kick to send a header flying into the bottom corner.

Atletico sealed the points with 16 minutes remaining, Llorente lashing home when the ball fell to him on the edge of the area to complete a textbook away performance.

Sevilla are sixth, nine points behind Atletico after Suso fired them to a 1-0 win at struggling Valencia.

Suso gave the Andalusians the points with a thumping strike in the 81st minute after charging through to collect a Joan Jordan through ball.

Valencia are 13th and just a point above the relegation zone after their sixth consecutive league match without a win.