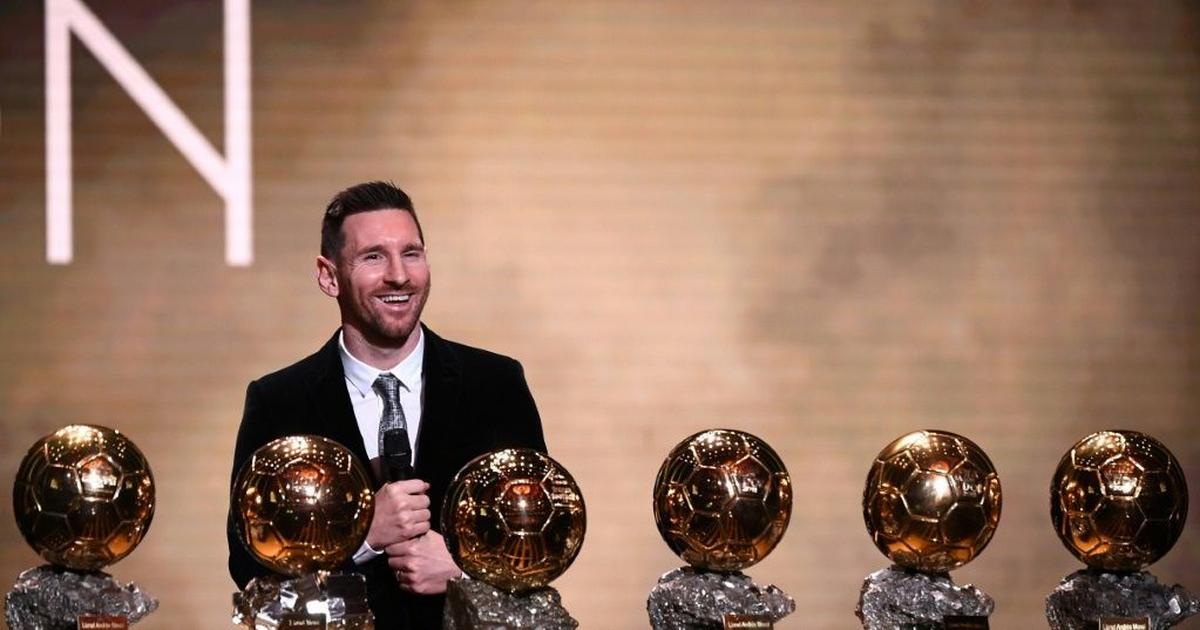 Paris Saint-Germain, a club transformed by the unfathomable state wealth of Qatar, is a rather less romantic destination for the player Barca fans hoped would never turn out for anyone else.

But on Wednesday, Messi will be unveiled as a Parisian player on a two-year contract, with an optional third.

At the age of 34, Messi did not want to leave the Camp Nou, certainly not in the manner he ultimately did.

He had agreed a new five-year deal but the cash-strapped Catalans could not afford to make it happen. PSG can.

Messi is arguably the greatest of all time, even though he has never won the World Cup and claimed the last of his four Champions Leagues in 2015.

Winning that competition is all that matters to PSG and their Qatari owners and that is why they are paying Messi a reported 35 million euros ($41 million) a year.

Barcelona had already ruinously stretched their balance sheet to keep Messi, but they knew how special a player they had on their hands virtually from the moment he arrived from his native Rosario aged 13.

The story of his signing is legendary: Charly Rexach, adviser to club president Joan Gaspart, writing out his contract offer to the player on a napkin because he had no paper to hand.

He made his La Liga debut aged 17 in October 2004 in a 1-0 derby win against an Espanyol side featuring Mauricio Pochettino, Messi’s fellow Argentine who will now coach him at PSG.

Barcelona fans had no doubts about what kind of player they had on their hands after La Pulga (The Flea) scored his first goal for the club.

Messi replaced Samuel Eto’o in the 88th minute. In the 90th he lifted the ball over the goalkeeper and in from a brilliant Ronaldinho assist only for the goal to be unfairly disallowed. Sixty seconds later he did the same thing again and this time it stood.

He won his first Champions League in 2006. He was just 19 when he scored his first hat-trick in a Clasico.

After Pep Guardiola took over as coach in 2008, Barcelona became one of the greatest club teams of all time with Messi the superstar.

In Guardiola’s final season, 2011/12, Messi scored an astonishing 50 league goals. In 2012 he scored 91 goals in the calendar year for club and country.

He leaves Barcelona as their all-time top scorer with 672 goals in 778 appearances. His goal tally is a record for one club.

He is La Liga’s top marksman of all time. The man with the most hat-tricks in Spain’s top flight too.

A year ago Messi tried to leave Barcelona for free following their 8-2 annihilation by Bayern Munich in the Champions League.

He was forced to stay after being told an exit clause in his contract had expired. He went on to top score in La Liga with 30 goals.

He won 35 trophies with the Catalans, the last the Copa del Rey in April. The club of Cruyff is also now the club of Messi.

“We have eternal gratitude to him,” said club president Joan Laporta.

In 2019 Messi won his record sixth Ballon d’Or at a ceremony in Paris.

Barcelona, who famously paid for a year of growth hormone treatment for the young Messi on his arrival, insisted in the past they had plans for coping with his departure, whenever it came.

But the truth is their number 10 is irreplaceable — on the field and off.

According to Catalan financial firm Diagonal Inversiones, Messi is worth more than his salary — by a distance.

At 34, Messi still has so much to offer, for his new club and for his country.

Messi won Olympic gold with Argentina in 2008 but until last month his international career was best known for agonising defeats, in the 2014 World Cup final and in three Copa America finals.

But in July he captained his country to victory over Brazil in the Copa America final at the Maracana.

Next year, the man brought to Paris by middle-eastern wealth will have perhaps his last shot at World Cup glory, in Qatar.

24 hours ago A. Doris Ehujuo