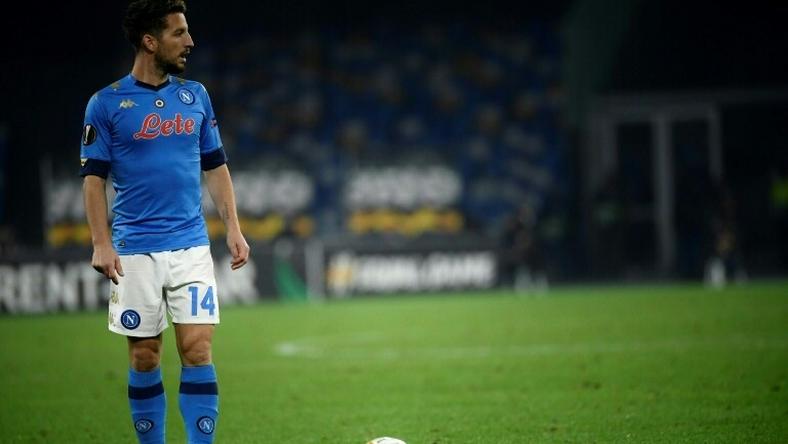 Coach Gennaro Gattuso had been under pressure after three defeats in their previous five league games, and elimination from the Europa League.

Mertens started for the first time in over two months after injuring his ankle in mid-December, and returning to his native Belgium for treatment.

The 33-year-old got his boot to a Faouzi Ghoulam cross after half an hour in the Stadio Diego Armando Maradona for his 131st Napoli goal and his fifth in this league season.

Mertens had not scored in the league since the end of November, with only a brief substitute appearance in January since his injury.

Napoli dominated their 16th-placed rivals with Piotr Zielinski having a goal ruled offside because of captain Lorenzo Insigne’s offside position in the first half.

Insigne’s younger brother Roberto came off the bench for Benevento at the break.

Matteo Politano turned in the second after 66 minutes in an action involving Insigne with Gattuso’s side holding despite Kalidou Koulibaly’s sending off 10 minutes from time for a second yellow card.

Napoli are sixth, but stay in the chase for the Champions League berths, sitting three points behind fourth-placed Atalanta, with a game in hand.