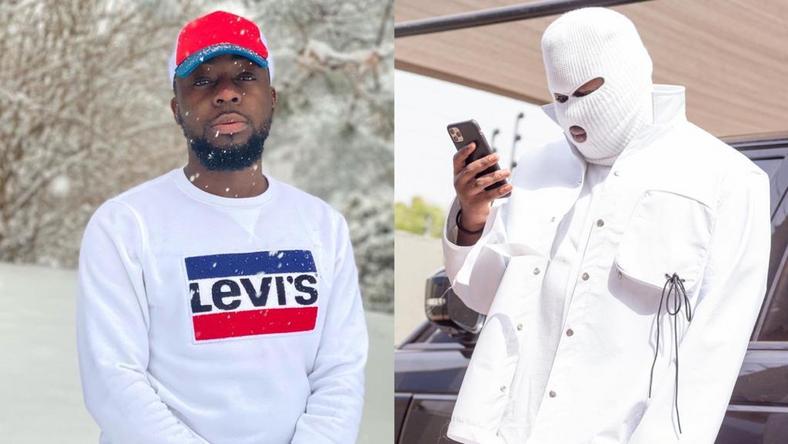 The AMG rapper whilst sharing his key rules for emerging rappers to follow said “most of y’all upcoming rappers are trapped within the mindset of impressing and competition. You will always get the applauds and cheer critics but due to lack of uniqueness, your sh*t will be stuck in your a*s“

A comment Tee Phlow vehemently opposed when he quoted MDK’s tweet saying that “Its Called Passion for real Arts and poetry bro. if you not interested Don’t discourage others. We cant all Rap the same”.

Both rappers have since been going after each other with series of tweets and jabs that has caught wild attention on the microblogging platform with ‘beef’ lovers craving for beef, flaming the banter into a flown blown rap battle between the two.

Tee Phlow during an interview on Zylofon FM spoke against how Ghanaian award schemes champions acts with social media followers than appreciating those who produce quality music.

“We live in an era where people have followers and stuff that are not organic so if you are going to use to use numbers to nominate or to award somebody, what about the people who are putting out all the quality stuff but do not have the means the maximum resource to push it the limit?“, he quizzed.

According to the ‘Phlowducation’ rapper ” it is a problem for us all as an industry to be able to understand that quality is what will push Ghana to the world, not all these nyaa we dey support“.

The host of the show, Sammy Baah Flex, asked him if he saying Medikal is whack rapper and replied: ” I would gladly say that he has grown to become a very lazy rapper and it is not his fault, the industry has helped him to do that“.

Hear more from Tee Phlow in the video below