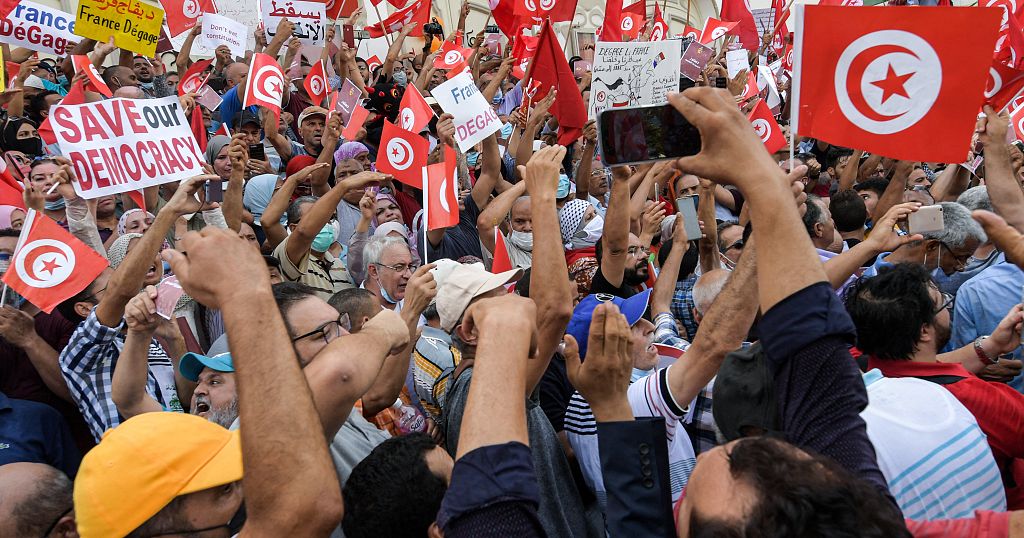 Hundreds of protesters took to the streets of Tunisian capital on Sunday demanding the country’s constitution be respected and parliament reinstated.

In July, Saied decided to sack the country’s prime minister, suspend parliament – whose powers are now frozen – and assume executive authority, saying it was because of a national emergency.

His critics called it a coup.

Some of those participating in the protest were lawmakers from the Islamist party Ennahdha.

According to Jamila Jouini, An Ennahda party lawmaker, the constitution of the second republic must be respected.

“I politely ask Kais Saied to reconsider the decisions he made. Let him return to the polls and to the legitimacy. The Assembly of Representatives is the source of our legitimacy, if we take it away, chaos will take place” stressed a local resident.

On Saturday more than 100 Ennahdha officials announced their resignations to protest the choices of the movement’s leadership, with one senior lawmaker quoting the “impossibility of reforming the party from the inside”.

Dozens of Saied supporters held a counter-protest but were separated by security barriers.

The protest comes amid a deep political crisis in Tunisia.