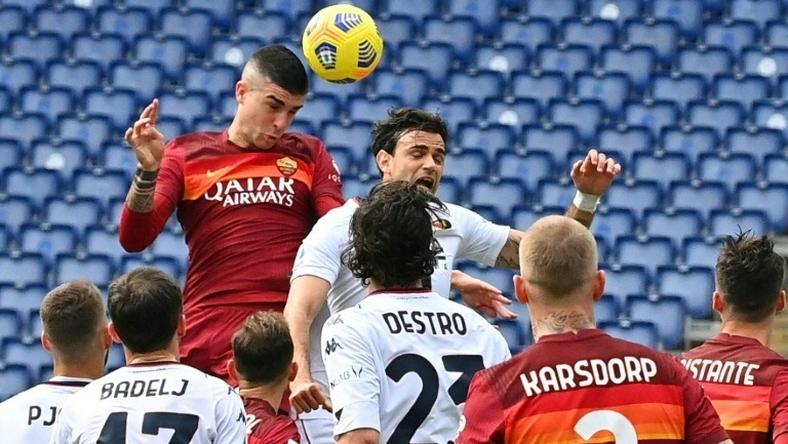 Paulo Fonseca’s side pull one point ahead of Atalanta who drop to fifth before their game Monday at Serie A leaders Inter Milan.

The three points were a boost for the capital side days before hosting Shakhtar Donetsk in their Europa League last 16, first leg tie.

“One more step is missing to beat the big teams, we need to improve because something more is needed to reach the Champions League,” said Mancini.

Champions Juventus are just one point behind Milan in third after claiming their seventh straight win at home on Saturday 3-1 against Lazio.