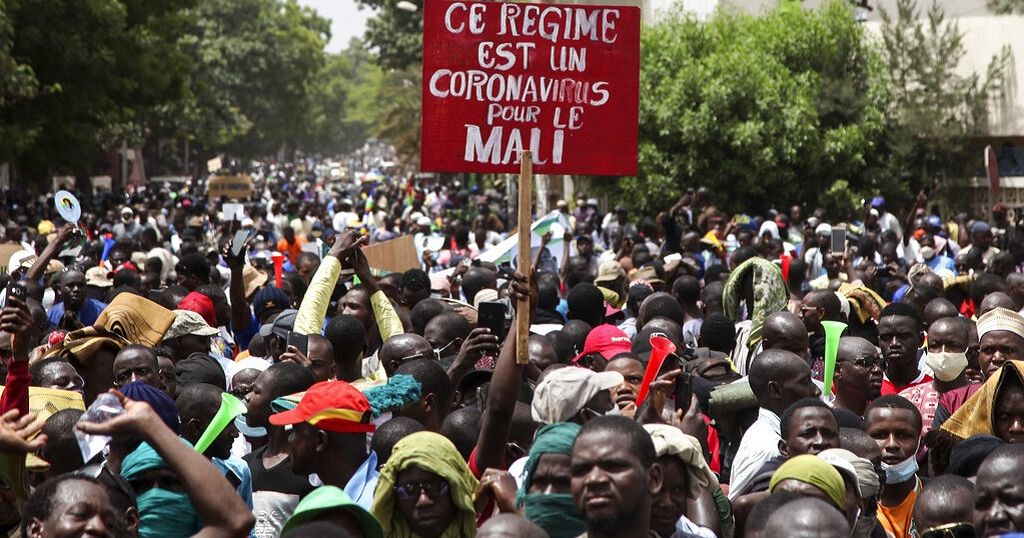 Protesters in Mali have stormed the premises of the national broadcaster and the national assembly during demonstrations that took place today especially in the capital Bamako.

Their action is part of a civil disobedience call by protest leaders piling pressure on the Ibrahim Boubacar Keita government for wide ranging reforms across the country.

Journalists closely following the developments posted updates on Twitter among others that an administrative zone where most government offices were located and two major bridges had been blocked.

The national assembly has also been torched and ransacked by irate protesters which situation has claimed one life according to hospital authorities.

The national radio and television offices in Bamako had earlier in the day being besieged by protesters before the said attack which according to some reports had caused the TV signal to go off.

Protest leaders issued a 10-point plan in relation to the civil disobedience which included forcing all government operations except the health delivery system to a halt. They also asked citizens to not pay taxes whiles asking them to do so without violence.