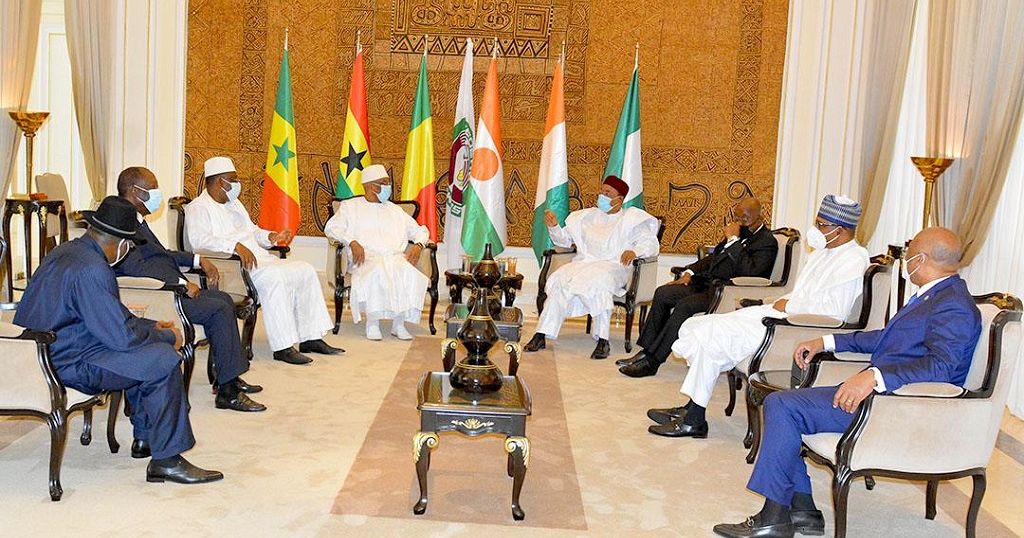 Five West African heads of state meeting in Bamako on Thursday failed to get the Malian opposition to accept their plan to get the country out of a political crisis.

The delegation however remain optimistic and will meet again on Monday at an extraordinary ECOWAS summit by videoconference.

Mahmoud Dicko, an influential Imam and leader of the opposition reiterated the stalemate:
“Nothing has changed yet, we’ve been told nothing as far as I understand.

“I really wanted to say it very sincerely and I said it and I will say it again; we are a people that stand, we are not a submissive or resigned people.

“I would rather die a martyr’s death than a traitor’s death. The young people who lost their lives did not lose them for nothing. If they have really come together on this, I think that nothing has been done for the moment.”

Kalla Ankourao, Niger Minister of Foreign Affairs spoke about ECOWAS’ hope for resolution: “A group has not yet given its support, it was important that a higher step be taken … and we believe that by Monday the work will be fully completed.”

In office since 2013, President Ibrahim Boubacar Keïta has been massively challenged in the streets. Mali has been hit by a wave of protests that erupted last month.

The demonstrators are insisting that Keita resigns, saying he has failed to address jihadist violence, corruption and the country’s economic challenges.

The international community has been trying to defuse the crisis. Ecowas has ruled out removing the president from office saying any change of government must be through constitutional provisions.

4 thoughts on “Mali opposition dogged with demands despite ECOWAS mediation”