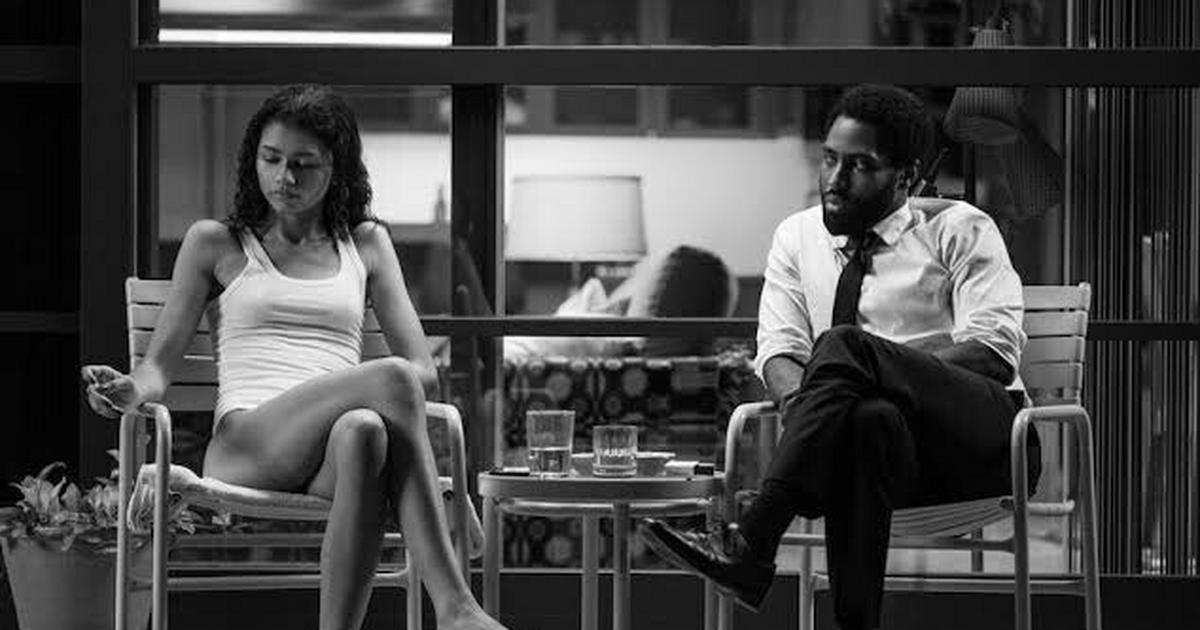 The couple returns home after Malcolm’s big movie premiere, a film he made based on Marie’s real-life struggle with drug addiction.

While Malcolm is ecstatic about his theatrical success, Marie is resentful. She is offended by Malcolm’s un-acknowledgement of her during his celebratory speech. Malcolm has the choice to simply apologize and give her credit for her support in his career and their relationship, but he doesn’t. Instead, he escalates the situation to an all-out quarrel that threatens their relationship’s shaky foundation. Name-calling, exchange of words begins, which ignites the plot for this fiery love-hate drama.

Malcolm and Marie begin to tear one another down with ugly history revelations verbally. For the first 15 to 20 minutes, We witness a twosome quarrel that appears to have a kiss and make-up end in sight, but arriving 30 to 40 minutes into the drama; it’s clear we are in for a long night’.

The misconception of Black filmmakers, storytelling and art

Much to one’s relief, the attention shifts from the emotional tug of war to the issue of race and storytelling. The review for Malcolm’s big movie is out. The study was written by an abstract character often referred to as ‘The white girl from LA times’ who praises Malcolm’s authenticity in storytelling. Still, in the act of glorifying Malcolm’s story, she politicizes it. This infuriates Malcolm shortly before he goes on a loud soliloquy about the misinterpretation of art and filmmaking, all in the name of being ‘woke’.

“Everything gotta be politicized. Everything must be about one revolution or another. So give it a break.”

Everyone needs to understand not every creative work of black artists is political. Some black creators just want to be free with their imagination, share their stories and be expressive without implying or drawing attention to oppression and systematic racism.

Yes, we are in a generation yearning for social change in many sectors, and ‘art’ in music, film, or fashion plays a huge role in the struggle. However, we shouldn’t allow ‘the struggle’ to compromise art’s purity and purpose.

Art is Art! Not all Artworks are about social issues. Racism is a sickness in the social system, Not Race. The diversification of Race is beautiful; It is Racism that is ugly. It’s high time we start to allow Movie Characters and Artists to exist outside of their race, sexuality, skin color or gender.

Malcolm is terrible at reading a lady. Let’s establish that fact. I mean. All he needed to say was thank you, all he needed to do was see Marie and let her know he pays attention. This mirrors who Malcolm is as a person. Egotistical, self-righteous, narcissist, stubborn. However, the backstory to why he is all these is conveniently left out. The height of Malcolm’s brute nature and insensitivity was referencing how the story wasn’t all about Marie as she believed it to be. He makes shocking revelations as he recounts his previous exes, revealing how they inspired some critical scenes in the movie. It was Cold.

Zendaya is a star on anything.

In recent interviews before the premiere of ‘Malcolm & Marie, ’ John David Washington praised his co-star saying.

“She is a woman. People are going to see in this film how much of a woman she is”-John David Washington to Variety.

And we did see! The actress’s charisma, poise, and originality she displayed through ‘Marie’ are laudable. Whether Zendaya is playing a teenage high schooler or an adult, I’d watch her on anything.

‘Malcolm & Marie’ starts with the dynamic visuals, which have become the filmmaker’s signature after HBO’s Euphoria and 2018’s Assassination Nation. Sam Levison’s quick shot at movie critics for nothing more to credit to films except the word ‘Authentic’.

Simply the meaning and conversation on authenticity in movie production is a piece for another day. For now, less assessment of authenticity and more of genuine appreciation for an entertaining drama.

Israel Olorunnisola is a freelance creative. When he is not writing about Film, Music, TV or Pop culture he is telling stories on Wattpad.