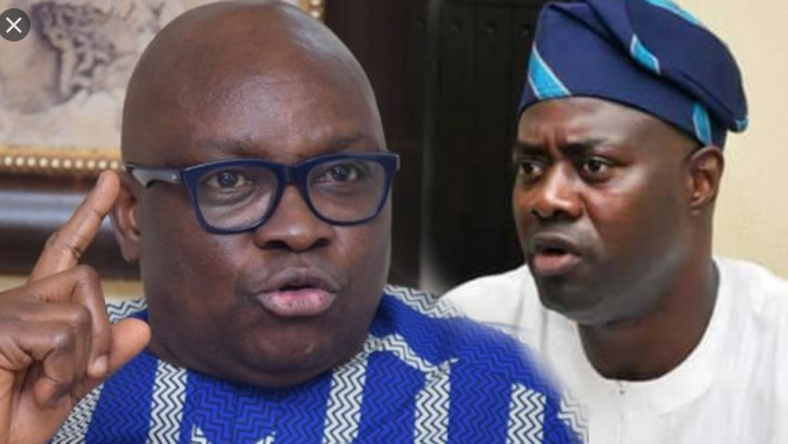 Olafeso, who is from Ondo State was reported to have resigned to contest the party’s governorship ticket in his state last year, but lost to Eyitayo Jegede (SAN).

Makinde had also reportedly pushed for the congress to hold in Ibadan, Oyo State capital, but Fayose faction rejected the idea claiming the state capital was not safe for it and its supporters.

After meeting with both factions, the National Working Committee of the PDP resolved to hold the congress in Oshogbo on Monday, April 12, 2021.

Punch reports that a list of 177 delegates from Oyo state to the congress shows that the NWC might have granted Arapaja a waiver as his name was listed as one of the state’s delegates.

Arapaja had earlier dumped the PDP for the African Democratic Party, but returned to the PDP a few months ago.

His name came third on the list with Makinde and his deputy’s name, Rauf Olaniyan listed as number one and two respectively.

You’ll recall that the opposition party recently made a move to settle the rift between Makinde and Fayose.

The party chieftains have been at the centre of the leadership crisis rocking the opposition party in the South-West.

Makinde is the only PDP governor in the region, while the other five states are governed by the ruling All Progressives Congress.

In a recent interview, Fayose said he could not refer to Makinde as his [political leader in the region.

The former governor also reportedly threatened to “work against” Makinde in the 2023 elections if the Oyo governor continues to “disrespect” him.