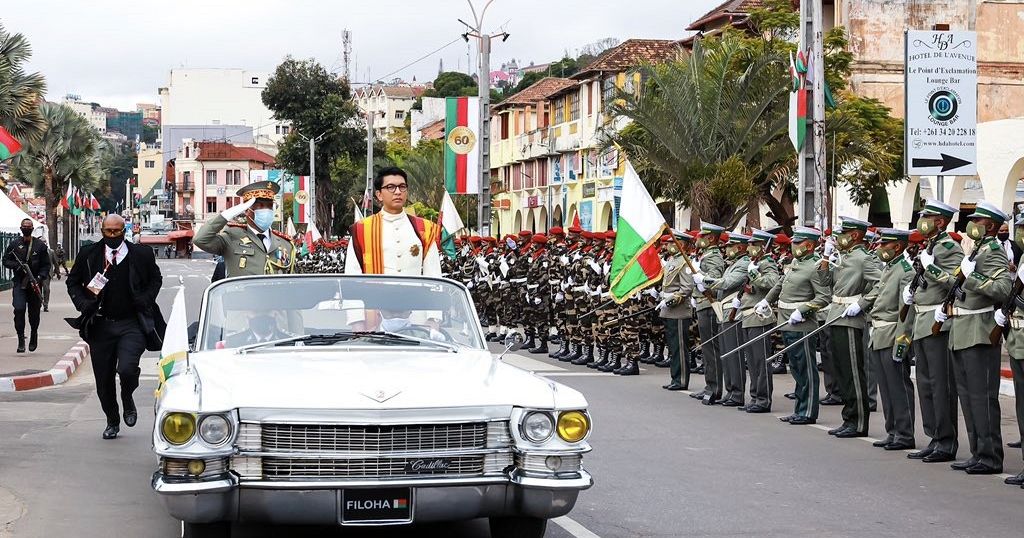 Madagascar is celebrating its 60th independence anniversary from France with a series of activities across the country. The island nation gained its independence on the 26 of June 1960.

Elaborate commemorative ceremonies are being led by President Andry Rajoelina with a grand parade held at the independence avenue where troops lined the streets as the president was driven by in an antique cadillac.

Events are ongoing despite the COVID-19 crisis with most security officials and other participants wearing masks.

Despite the exuding joy of freedom, for some its memories of the scars of pain and agony suffered under colonial masters. A pain that echoes even among todays generation.

One such victims is Randriamamonjy, a pro-independence fighter: “Every morning they would make us go up the hill. Senegalese riflemen with the French kept guard and whipped us like we were donkeys pulling a cart.

“They made us walk on rough grounds, coming and going. It tore our skin. I still have scars on my knees and back, even today. And the Senegalese would say ‘do you give in now?’ I would say ‘I’d rather die with my fallen brothers.’”

1947 marked the start of the near two-year Malagasy Uprising, which claimed nearly 100,000 citizens. Some were killed and other perished of hunger and cold after fleeing into the forests.

Madagascar is among the first to revolt against colonial masters in 1947 in Africa. Freedom only came 13 years later.